Database giant Oracle (ORCL -0.08%) managed to grow sales in its fiscal fourth quarter, enough to easily beat analyst estimates. Some of its cloud software products performed well, while hardware and services revenue slumped, and currency had a significant negative effect.

Oracle also beat expectations for earnings, although extensive share buybacks were responsible for most of the per-share growth. Oracle poured a staggering $36.1 billion into share buybacks during fiscal 2019.

Oracle reported fourth-quarter revenue of $11.1 billion, up 1.1% year over year and $210 million higher than the average analyst estimate. Currency was responsible for some of the sluggishness -- revenue would have grown by 4% if not for changes in currency exchange rates.

Oracle's segments were a mixed bag, with only cloud license and on-premise license sales growing significantly:

Unfortunately, Oracle makes it difficult to tell how its overall cloud business is doing, since it splits cloud revenue between two segments. The company used to report numbers for cloud software as a service, cloud infrastructure as a service, and cloud platform as a service, but it adopted this less transparent reporting scheme about a year ago. 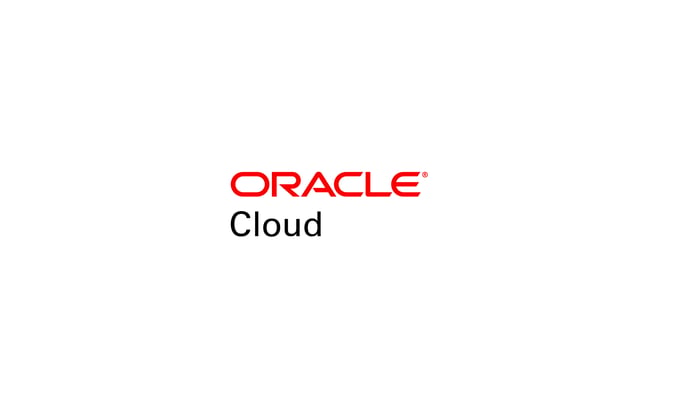 Oracle reported non-GAAP earnings per share of $1.16, up 21% year over year and $0.08 ahead of analyst expectations. Non-GAAP net income was up just 3.2% year over year, with the rest of the growth coming from a lower share count. Oracle has managed to reduce its share count by nearly 16% over the past year thanks to aggressive share buybacks.

Looking ahead to the first quarter of fiscal 2020, Oracle is expecting constant-currency revenue growth between 1% and 3%, assuming a 1% currency headwind. Reported revenue will grow between 0% and 2% under that assumption. Non-GAAP EPS is expected to land between $0.80 and $0.82, up 12% to 14% year over year.

Oracle's cloud growth hasn't been enough to produce anything but very slow overall growth in recent quarters. The company's attempts to challenge Amazon in the infrastructure-as-a-service market haven't been all that successful.

Oracle's primary business is still database software, and preventing its on-premise database customers from fleeing to Amazon Web Services is important for the long-term health of the business. Earlier this month, Oracle and Microsoft announced a new partnership that will connect Microsoft's Azure cloud platform with Oracle Cloud. The deal allows customers to connect Azure services with Oracle cloud services, running some workloads on Microsoft's cloud and some on Oracle's cloud.

Oracle and Microsoft compete in the database market, as well as the cloud infrastructure market, but Microsoft has been much more successful building a cloud platform that can rival AWS. This deal is an indication that Oracle now recognizes that its own cloud platform isn't enough to stem the flow of customers to AWS.

This deal could help Oracle's core business, giving customers a way to adopt the Autonomous Database while still having access to a rich set of cloud services from Microsoft. At this point, Oracle isn't going to catch up in the cloud infrastructure market, so protecting its database business is a top priority.

Investors were pleased with Oracle's fourth-quarter results, despite the fact that earnings growth was largely due to an unsustainable level of share buybacks. The stock was up close to 8% Thursday morning, a surprisingly big move given the sluggish growth.

Earnings growth will almost certainly slow down eventually as Oracle draws down the cash on its balance sheet to pay for share buybacks. Whether the cloud business can drive enough growth to keep investors on board remains to be seen.

Oracle Has Shocking News That You Should Know
411%