Please ensure Javascript is enabled for purposes of website accessibility
Log In Help Join The Motley Fool
Free Article Join Over 1 Million Premium Members And Get More In-Depth Stock Guidance and Research
By Maxx Chatsko - Jun 24, 2019 at 8:35AM

Investors seeking income might want to give a hard look at this oil supermajor and leading pulp and paper manufacturer.

It's been a rough five years for shareholders of Royal Dutch Shell (RDS.A) (RDS.B) and International Paper (IP -1.54%). The former is one of the leading energy companies on the planet, while the latter has a dominant presence in the pulp and paper industry. Leadership positions have hardly helped the dividend stocks, however, as they've delivered gains of just 7% and 10%, respectively, in the past five years -- and those returns include dividend payments. By comparison, the S&P 500 has posted a total return of 67% in that span.

While the recent performance hasn't been great, and both businesses face unique headwinds, investors don't have to spend much time searching for reasons for optimism. Royal Dutch Shell continues to churn out gobs of cash from operations, while International Paper is also a cash cow thanks to its manufacturing prowess when it comes to packaging products. And, of course, the stocks pay out annual dividend yields of 5.7% and 4.6%, respectively.

Here's why investors seeking high-yield income stocks might want to give these two companies a closer look. 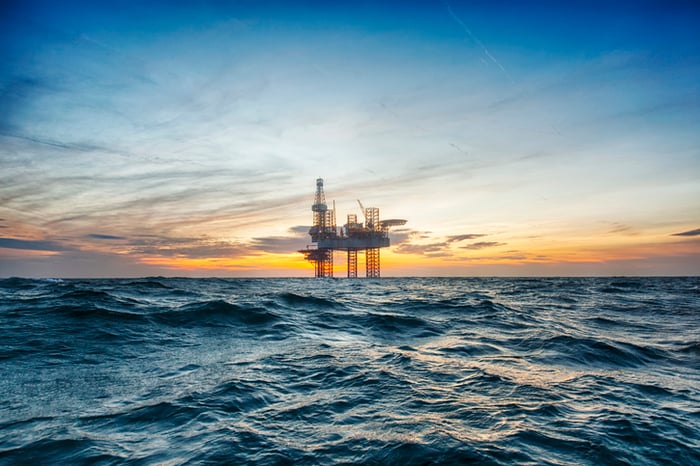 Profitable in any oil price environment

In recent years, Royal Dutch Shell has been furiously shedding underperforming assets and refocusing on profitable production, not just production volumes. It's working. The business managed to generate $6 billion in net income and $8.6 billion in operating cash flow in the first quarter of 2019, despite a relatively choppy period for the oil, gas, and petrochemical markets.

That solid financial performance was enabled by focusing on profitable production of existing acreage, strategic investments in growth projects such as American shale and liquefied natural gas, and strict financial targets.

If the business hits the mark, then it expects to deliver over $125 billion in dividends and share repurchases to investors in the five-year period ending 2025 -- and that assumes crude oil prices average $60 per barrel. To put that level of operating efficiency into perspective, consider that Royal Dutch Shell returned just $52 billion to shareholders in the five-year period ending 2015, when oil prices averaged $97 per barrel.

Simply put, this oil supermajor is on the path to significantly reducing the risk of volatile energy prices, which would allow substantial distributions of cash to shareholders and investments in the future, including gas and electric utility infrastructure. That makes Royal Dutch Shell a blue-chip dividend stock for any portfolio. 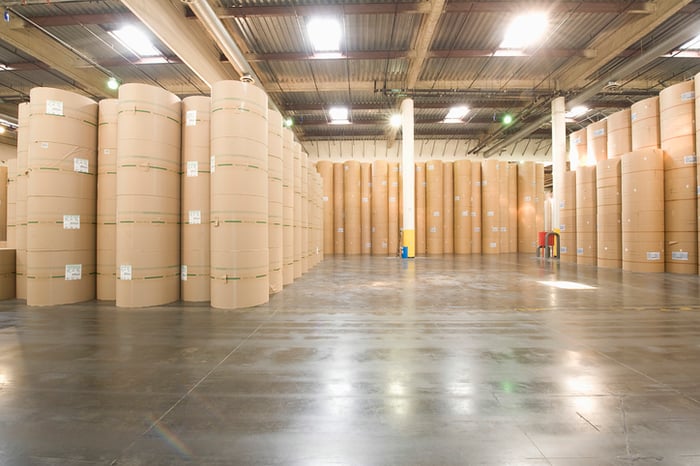 Paper and packaging is big business

International Paper distributes $2 per share to stockholders per year, which is nearly double the amount returned in 2012 and represents an annual dividend yield of 4.6%. Unfortunately, a strong track record of paying healthy dividends to investors is overshadowed by the fact shares have lost 11% in the past five years when dividend distributions are excluded from returns.

What's going on? Wall Street has soured on the company and the pulp and paper industry more broadly over concerns that the ongoing trade war between the United States and China will weigh on the business, as China has become an important market for engineered paper products in recent years. While there are headwinds, the fears appear to have been overblown.

International Paper has navigated trade risks by doubling down on operating an efficient, global fleet of containerboard manufacturing facilities. That helped the business deliver $5.6 billion in revenue in Q1 2019, identical to the year-ago level, while net income from continuing operations jumped 18% in that span. That strong performance gives management confidence the business will generate $2 billion in free cash flow in 2019.

Investors might be confident, too, that the pulp and paper leader is well-positioned to capitalize on trends ranging from growing e-commerce sales (a significant driver in cardboard demand) and the desire to swap plastic packaging with paper alternatives. Given that, and the fact that the stock trades at just 8.7 times estimated earnings, investors looking for income should give International Paper a closer look.