Shares have skyrocketed lately. Is the price tag now too high, or does it still represent a lustrous value for investors?

Amid rumors that the company was shopping around its assets, IAMGOLD (IAG -10.62%) has seen its shares skyrocket more than 28% over the past month. The stock's climb, however, has failed to compensate for the disfavor investors expressed for the stock earlier in the year. Since the start of 2019, the stock has fallen about 11%.

While the stock's price tag is steeper now, that alone doesn't dismiss it as a potential buy. Let's dig in to see if shares of IAMGOLD deserve a place in investors' portfolios. 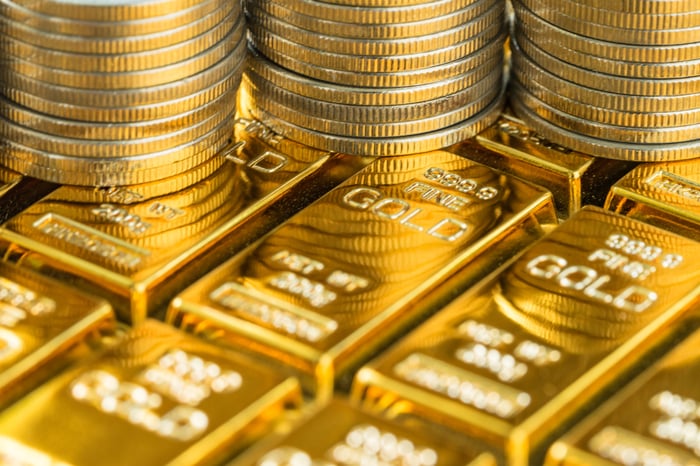 One of IAMGOLD's most alluring aspects is its solid balance sheet. Mining gold doesn't come cheaply, and it's common to see mining companies with balance sheets burdened with significant amounts of debt. But not in IAMGOLD's case. The company ended the first quarter of 2019 sporting a net cash position of $281 million. Management, moreover, appears to be intent on maintaining this degree of financial health in the future. On the company's Q1 2019 conference call, Steve Letwin, IAMGOLD's president and CEO, said that, regarding its individual mines, management is "going to be focusing on each and every one of them to reduce the cost, increase margins, preserve cash, and fund all our cash requirements with these site cash flows."

Another compelling feature of the company is the number of projects in its pipeline. As IAMGOLD depletes the gold resources at its five operating assets, the numerous projects in varying phases of development ensure the company will be able to replenish its resources, providing more opportunities to dig. 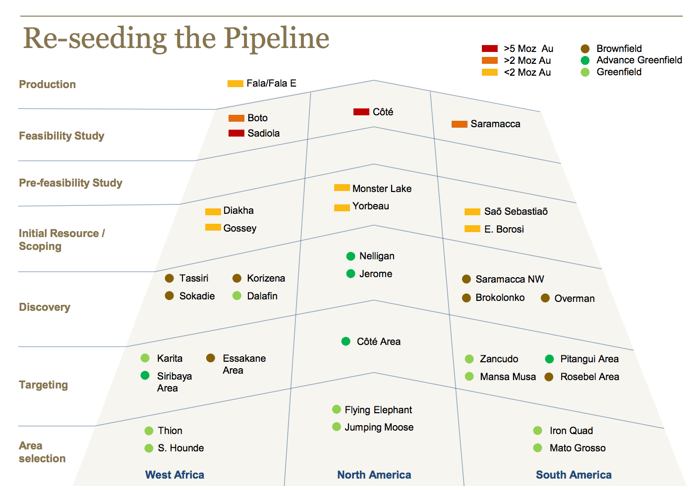 Following, in part, the completion of feasibility studies at the Cote Gold Project and Boto Gold Project in 2018, IAMGOLD reported a 23% increase in its proven and probable gold reserves. And in 2019, the company will probably expand its reserves even further as it completes a feasibility study at Essakane and continues exploration at Westwood and Nelligan.

While IAMGOLD glitters with regard to its balance sheet and pipeline, it appears less attractive when considering the high-cost at which it digs the yellow stuff out of the ground. In 2018, for example, IAMGOLD reported all-in sustaining costs (AISC) of $1,057 per gold ounce -- an increase from the $1,003 it reported in 2017. That represents a slim gold margin, considering the company reported average gold prices per ounce of $1,270 and $1,261 in 2018 and 2017, respectively. And it doesn't seem as if IAMGOLD will be achieving a significant reduction in costs in the near future. According to guidance, IAMGOLD will report AISC per gold ounce between $1,030 and $1,080 in 2019.

Beyond the company's financials, the stock's lack of a dividend represents another reason to be unenthusiastic -- especially when juxtaposed with the company's gold-mining peers. Yamana Gold (AUY -6.26%), for example, recently announced a doubling of its dividend, and Harmony Gold (HMY -6.10%) currently offers investors an attractive 3.2% yield. With no indication that the company intends to reinstate a dividend, and given that the stock has traditionally underperformed the S&P 500 and the price of gold, there are numerous inauspicious signs regarding the prospect of holding a position in IAMGOLD.

No consideration of IAMGOLD's stock would be complete without looking at the price tag. Since the earnings figures of mining companies are often complicated by the non-cash expenses tied to the depreciation of their assets, examining these stocks in terms of their cash flows provides better insight. In regard to IAMGOLD, we find that the stock is currently trading at 16.3 times cash from operations on a trailing-12-month basis. In addition to this seeming richly valuation compared to its five-year multiple of 9.8, according to Morningstar, the stock seems pricey next to its peers. Yamana Gold and Harmony Gold trade at price-to-cash flow multiples of 7.9 and and 3.3, respectively.

Although IAMGOLD's unburdened balance sheet and strong pipeline suggest that the company warrants consideration for investors interested in gaining or expanding exposure to gold-mining stocks, there are plenty of reasons to hit the pause button. Besides the slim margin at which it mines the yellow metal, the lack of a dividend and steep price tag provide investors with several reasons to look elsewhere.