Cara Therapeutics (NASDAQ:CARA) ranks as one of the hottest biotech stocks on the market. Shares have soared more than 60% so far in 2019 as investors eagerly anticipate results from a late-stage study that could lead to Cara winning approval for its first product.

But where will Cara Therapeutics be five years from now? It depends in large part on those upcoming results for the biotech's lead candidate, Korsuva. Here are three potential scenarios for what could happen with Cara in the next five years. 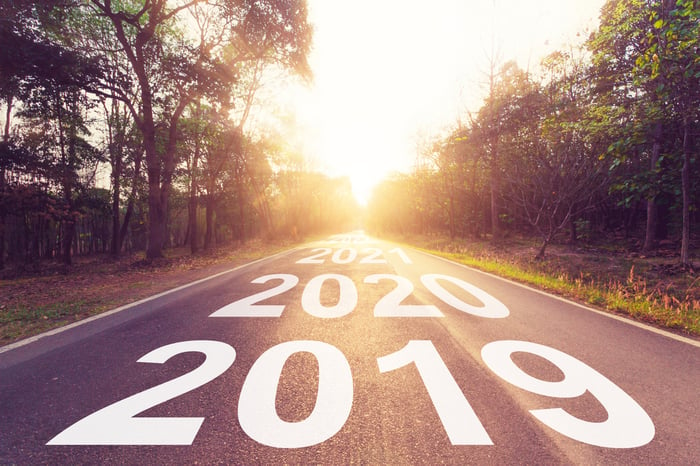 It's easy to envision a future in which Cara Therapeutics is a successful, up-and-coming biotech in 2024. That path would start with positive results later this year from the ongoing phase 3 clinical study of Korsuva injection in treating patients with chronic kidney disease-associated pruritus (CKD-aP) who are on hemodialysis.

Approval in the CKD-aP hemodialysis indication would be a great start for Cara. One Wall Street analyst projects that Korsuva could achieve peak annual sales of more than $570 million in this indication. But the real prize for the company will be achieving success for its oral version of Korsuva in CKD-aP patients who aren't on dialysis. This presents a much greater market for Cara.

The biotech should wrap up a phase 2 clinical study of oral Korsuva for non-dialysis CKD-aP patients in late 2019. If those results look good, Cara would be likely to begin a pivotal late-stage study sometime next year.

It's entirely possible that Cara could have two versions of Korsuva on the market in 2024, intravenous and oral, that combined are on their way to blockbuster sales levels. If so, Cara's market cap could potentially skyrocket from a little over $800 million today to more than $5 billion within the next few years.

Scenario No. 2: Part of a bigger company

Another optimistic outlook for Cara is that it achieves the success just discussed and attracts the attention of a larger company looking to make an acquisition. Cara has been mentioned as a possible buyout candidate in the past. With positive results from its late-stage study of Korsuva injection later this year, the possibility of a deal could increase significantly.

One potential buyer that could be at the top of the list of parties interested in Cara is Amgen (NASDAQ:AMGN). The big biotech ranks among the drugmakers most likely to make an acquisition for two key reasons. Sales are slipping for Amgen's top-selling products. It also claims a huge cash stockpile.

Cara could be a good fit for Amgen, too. Amgen is already a major player in the CKD market with its drugs Aranesp and Epogen, used in treating anemia caused by kidney failure. However, other big drugmakers could also be interested in Cara in the future.

Scenario No. 3: Struggling and cash starved

Our third scenario isn't so rosy. If Korsuva flops in the late-stage study targeting CKD-aP in hemodialysis patients, all bets are off for Cara.

The biotech wouldn't fold up its tent as a result of a major pipeline setback. Cara still would proceed with its phase 2 studies of oral Korsuva. But if the intravenous version of the drug doesn't work, the chances that the oral form of Korsuva will be effective would probably be very low.

Cara would likely still be around in 2024. However, the company would almost certainly be struggling and facing challenges raising enough cash to keep advancing its clinical programs. Basically, Cara would be just one of many small biotechs with only a sliver of hope of achieving success.

Most likely to happen

The odds of a drug in phase 3 testing going on to win approval are only around 50%. But Cara has already reported positive results from one late-stage study of Korsuva in treating CKD-aP hemodialysis patients. I think that these results improve the company's chances of success in its current pivotal study significantly.

My view is that Cara has a pretty good chance of winning approval for Korsuva. It also should have a solid commercialization strategy, with help from its big partner Fresenius Medical Care. Because of this, I think that the third scenario in which Cara is a struggling and cash-starved biotech five years from now is the least likely to happen.

I wouldn't be surprised if Amgen or another big drugmaker makes a play for Cara down the road. But just from a probability standpoint, it's more likely that won't happen. That makes some version of scenario No. 1, in which Cara is thriving, the most likely future for the biotech.

The biggest question, though, is how well oral Korsuva will perform. The answer to that question will probably determine just how much Cara is flourishing five years from now.