Merrill Lynch thinks it just might be. Let's find out if the analyst's right.

Today, we're going to look at an oil stock.

I know, I know -- renewables are the future of energy, and big oil is the past. And yet, just this morning, analysts at Merrill Lynch announced they're recommending an oil stock, saying that Petroleo Brasileiro (PBR -2.70%) (PBR.A -2.54%) -- also known as Petrobras -- is currently telling "the best story" they've seen in the last six or seven years.

Is Merrill Lynch right about that? 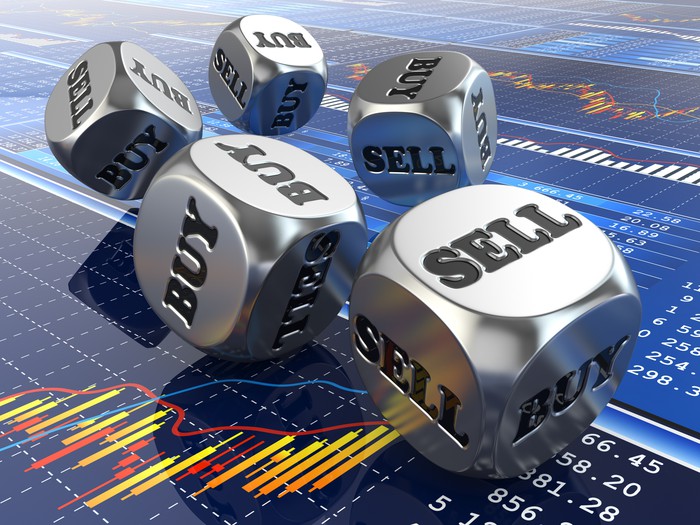 Merrill Lynch justifies its new buy rating on Petrobras (and its $21 price target on the $15 stock) by laying out two main themes: debt and cash.

On the debt front, Merrill argues today in a note covered on StreetInsider.com that after years of carrying too much debt for its earnings to support, Petrobras has finally reached a point at which its debt is small enough, and its earnings large enough, to allow the company to grow sustainably.

That's actually a curious statement -- or at least, curious timing -- because according to data from S&P Global Market Intelligence, Petrobras' long-term debt levels at the end of the last quarter ($96.9 billion) are actually up from where they were three months ago ($80.6 billion). And at the same time, cash reserves for the company are down -- from $15 billion at the end of 2018 to $10.5 billion at the end of Q1 2019.

That being said, it is still true that net debt levels at the company ($86.4 billion) are now below Petrobras' market capitalization of $95.6 billion.

Plenty of cash at Petrobras

Still, $86.4 billion is still a pretty heavy load to carry. Petrobras needs to generate a lot of cash to maintain interest payments on that debt and pay it down over time. Fortunately, though, Merrill notes that the company is generating solid free cash flow with which to service its debt.

Over the last 12 months, Petrobras reported net income of $5.9 billion, but cash profits of more than twice that amount: $13.2 billion. Applied fully to paying down debt, that's enough cash to give Petrobras a clean balance sheet (and have a little cash on the side) in under eight years.

And by all appearances, this is cash that Petrobras (and its investors) can count on. S&P Global data show that from 2016 through 2018, the oil giant has thrown off $12 billion to $13 billion or so in cash profits for three years running, a significant improvement over 2015's performance (less than $4 billion in free cash flow) or 2014's (negative free cash flow).

Merrill Lynch characterizes Petrobras' free cash flow as "solid," according to a report by TheFly.com, and the company is likely to show "strong growth" in coming years.

Although growth estimates are all over the map, the consensus of analysts who follow Petrobras, according to S&P Global, is that earnings at the Brazilian oil giant will grow 7.5% this year (to $1.14 per share), then explode higher in 2020 and 2021, with earnings in excess of $2 a share each year.

Relative to Petrobras' share price, currently $15 and change, that works out to a forward P/E ratio of about 7.5 -- or closer to 15 when net debt is taken into account. Valued on free cash flow, the stock's enterprise value-to-FCF ratio is less than 14.

If you ask me, that doesn't seem like too much to pay for a company set to nearly double its earnings over the next three years. Merrill Lynch is right to recommend Petrobras.