Shares of XPO Logistics (NYSE:XPO) climbed 11% in June, according to data provided by S&P Global Market Intelligence, rebounding from a miserable performance in May. June was a good month for a number of transport companies, as some of the worst fears about the potential for U.S. trade wars with its neighbors receded into the background. 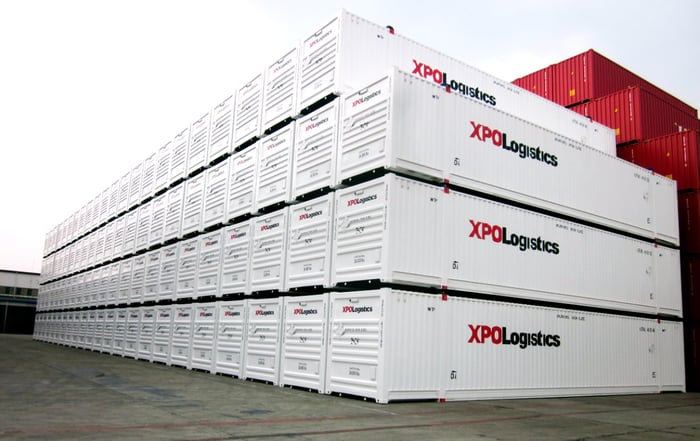 The rally brought XPO shares back to about even in what has been a highly volatile year for the company. XPO surprised markets back in February by reporting weaker-than-expected fourth-quarter results, including the unexpected loss of a major customer. XPO didn't identify the customer, but it is believed to be Amazon.com.

There's so much negativity surrounding XPO right now that it can be easy to forget this is still a profitable company forecasting 3% to 5% revenue growth in 2019 and adjusted EBITDA up 6% to 10% while increasing free cash flow by $100 million year over year to $625 million.

Hitting the pause button on trade wars appears to have been cause for investors to take a fresh look at transport companies like XPO, but the stock is still well below the highs it reached last fall before the troubles hit.

XPO has been a fantastic performer over the years, with its shares up more than 3,000% over a 10-year period ending last fall. It's going to take a lot more than one month's gains to get XPO back on that sort of trajectory, but for shareholders stuck in the slow lane for most of 2019, June was at least a move in the right direction.