It's been a rough year for the graphics card industry so far. Market leader NVIDIA (NASDAQ:NVDA) and rival Advanced Micro Devices (NASDAQ:AMD) were both stung when the cryptocurrency bubble burst. Demand from cryptocurrency miners dried up, and an excess of inventory led to tumbling sales for both companies.

Total graphics card shipments crashed 43.6% in the first quarter on a year-over-year basis, according to Jon Peddie Research. NVIDIA saw its revenue drop 30.8% in its fiscal first quarter, while AMD reported a 23% revenue decline. Both companies guided for another year-over-year decline in the second quarter.

It's hard to say how much demand will pick up for graphics cards in the second half of the year, but one thing is certain: Competition between NVIDIA and AMD is intensifying. AMD will launch a pair of its new Navi-based graphics cards on July 7, aimed at the middle to high end of the market. NVIDIA is defending its market share by refreshing its product line -- a price cut, for all intents and purposes -- with new cards set to launch two days after Navi. 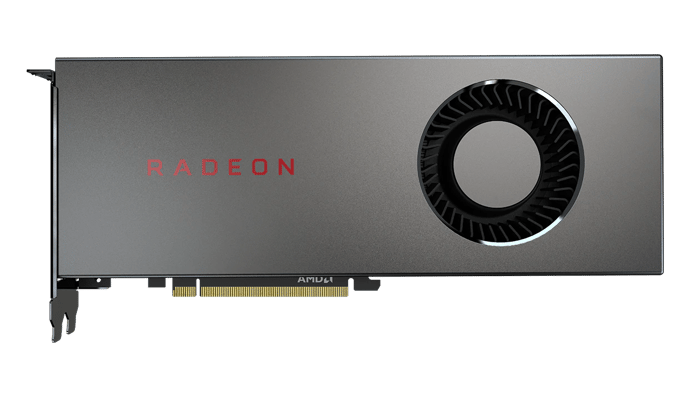 If that wasn't enough, tech site VideoCardz.com is reporting that two sources have confirmed that AMD plans to launch its Navi-based cards at lower prices than it had previously announced. If this rumor is true, the new cards would be more competitive against NVIDIA's refreshed lineup.

AMD's quest to reclaim market share from NVIDIA begins near a low point for the company. Its unit market share fell below 20% in the fourth quarter of 2018 amid the cryptocurrency rout. It recovered a bit in the first quarter of 2019, but NVIDIA is still the overwhelming market leader. 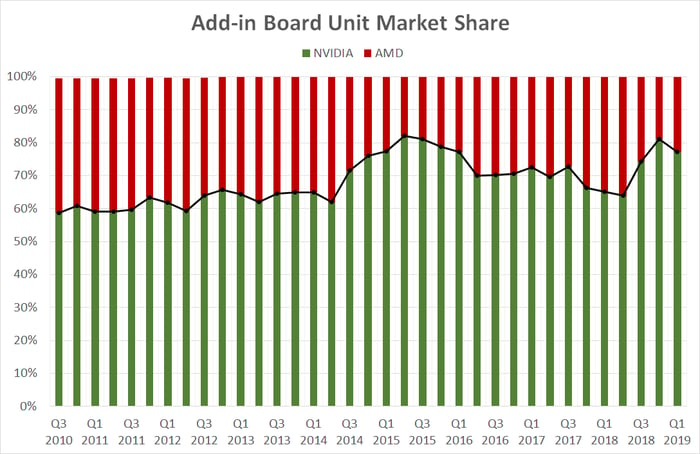 AMD has been unable to effectively compete in the highest end of the market for many years. It tried in 2015 with the Fury X, but that card failed to disrupt the status quo. It tried again in 2017 with a pair of RX Vega graphics cards, but the story was largely the same. Both were catch-up plays, and neither dented NVIDIA's dominance. AMD's latest effort, the Radeon VII launched this year, also didn't change the story.

It has had more success in the lower end of the market, although not nearly enough to dethrone NVIDIA. The company's Polaris graphics cards first launched in 2016, with a refresh coming in 2017. AMD's RX 580, a Polaris-based graphics card that sells for around $200, is the most popular AMD card among gamers on the Steam platform. However, it's the 11th most popular card overall, with NVIDIA completely owning the top 10 spots.

AMD's own benchmarks showed its new cards beating NVIDIA's pre-refresh lineup on performance, but that's likely no longer the case post-refresh. A price cut from AMD may be necessary to make these cards competitive.

It's clear from NVIDIA's pre-emptive "price cut" that the company is worried about AMD winning market share. The graphics card market in recent years has seen a dearth of real competition, along with a period of elevated prices thanks to the cryptocurrency bubble. With AMD and NVIDIA now on the cusp of a price war, the market is going to become much more interesting -- and competitive -- in the second half of the year.