Please ensure Javascript is enabled for purposes of website accessibility
Log In Help Join The Motley Fool
Free Article Join Over 1 Million Premium Members And Get More In-Depth Stock Guidance and Research
By Lee Samaha - Updated Jul 8, 2019 at 11:40AM

The industrial company's deal with Ingersoll-Rand looks like a good bit of business.

Shares of flow-control company Gardner Denver Holdings (IR -2.70%) soared 69.2% in the first half of 2019, according to data provided by S&P Global Market Intelligence.

The move marks a combination of solid operational performance, which helped dispel fears of a severe slowdown in its end markets, and the announcement of a transformational deal to merge with Ingersoll-Rand's (TT -4.90%) industrial operations division. 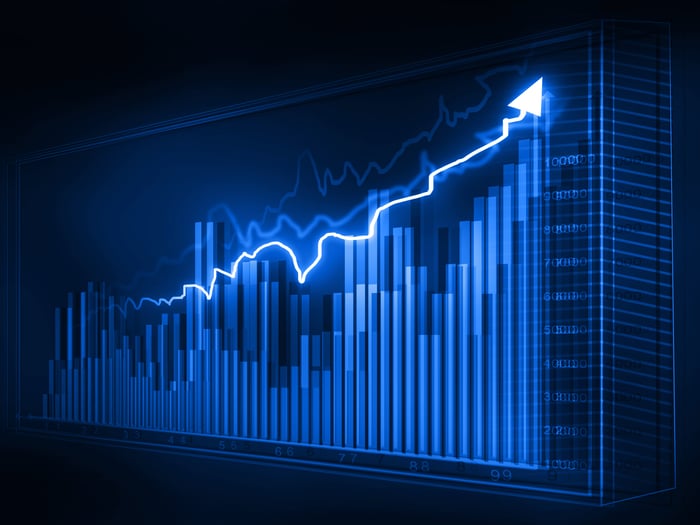 Gardner Denver's stock declined around 40% in 2018 as the market anticipated weak conditions in its upstream energy fracking and drilling pump operations (25% of total company revenue) and sluggish growth in its industrial end markets (48% of total company revenue). In this context, the flat revenue performance (up 4% on a constant currency basis ) in the first quarter and affirmation of full-year guidance for core revenue growth in the low to mid single digits was enough to lift shares significantly.

Then, on April 30, management announced the merger agreement, and the stock hasn't looked back since. The deal makes good sense for both parties. The remaining Ingersoll-Rand will get to focus on its core business -- heating, ventilation, and air conditioning -- and possibly take part in a much-anticipated round of industry consolidation.

The combined company will retain the Ingersoll-Rand name and be run by current Gardner Denver CEO Vicente Reynal. For reference, management is aiming for $250 million in annual run-rate cost synergies -- a figure representing 3.8% of estimated combined-company revenues of $6.6 billion in 2019.

The deal is transformational and looks like a good strategic fit with good cost synergies. In addition, the new company will only have 10% exposure to upstream oil and gas, compared to 25% at Gardner Denver.

Gardner Denver's growth is expected to improve in the second half, and investors will be hoping the company will hit its growth targets as it prepares for the merger. Meanwhile, investors will be keeping an eye out for Ingersoll-Rand's earnings in order to gauge the state of is industrial businesses before the merger takes place.