It's been a great 2019 so far for stocks in the heating, ventilation, and air-conditioning (HVAC) sector. Despite a recent dip, stocks like AAON (NASDAQ:AAON), Johnson Controls (NYSE:JCI), and probably the pick of the bunch, Ingersoll-Rand (NYSE:TT), are up by nearly a third, while Lennox International (NYSE:LII) and Carrier owner United Technologies (NYSE:RTX) are also up 20%-plus. Despite its strong stock price rise and a superficially weakening order book, Ingersoll-Rand still looks like the best way to get exposure to HVAC for investors. Here's why.

An industry set for consolidation

When you are looking across the HVAC sector, one thing becomes apparent: The industry is ripe for consolidation. Johnson Controls has recently sold its power solutions business for net cash proceeds of $11.6 billion, partly in order to make strategic initiatives in HVAC. Meanwhile, Carrier will be spun off of United Technologies, giving its management freedom to possibly pursue mergers and acquisitions. 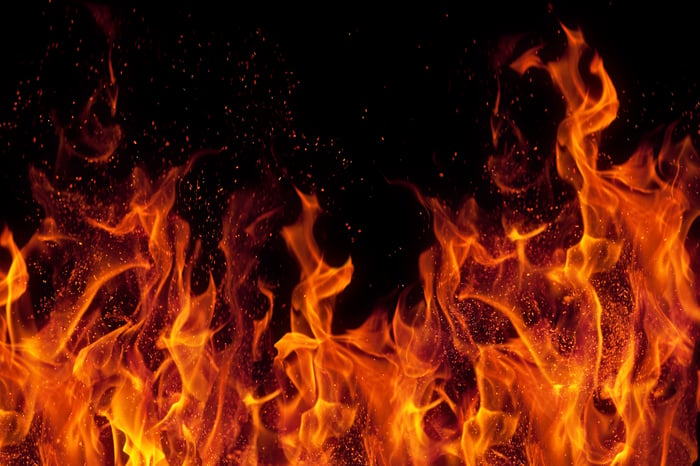 Furthermore, Ingersoll-Rand's announcement that it will spin off its industrial businesses and then combine them with Gardner Denver (NYSE:IR) is going to create a highly focused HVAC company likely to be looking at acquisitions in the sector. The subject comes up on almost every presentation, as it did in Ingersoll-Rand's earnings call, with CEO Mike Lamach affirming his view that it could happen over time.

In this context, it's easier to understand the kind of valuation at which smaller companies like Lennox International and AAON trade.

In the table below, EV is enterprise value (market cap plus net debt) and EBITDA is earnings before interest, taxes, depreciation and amortization -- a useful way to compare companies with different debt loads. 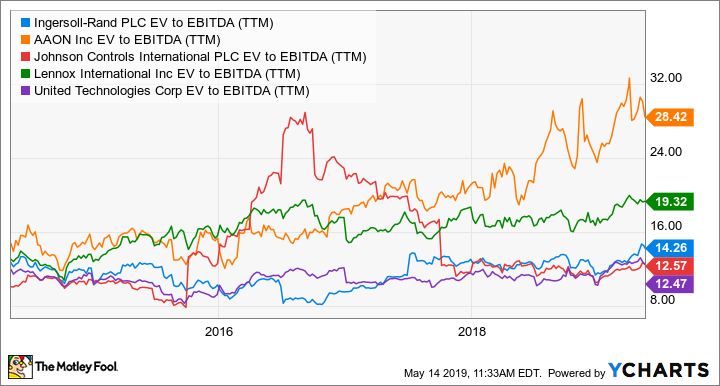 Lennox's heavy exposure to North American residential HVAC helped make it one of the five top-performing stocks in the last year and makes it attractive for any company looking to buy market share in the U.S. But it's fair to say a lot of optimism is built into its price.

Meanwhile, AAON's high margin and position as a premium provider of commercial HVAC solutions make it suitable as a bolt-on acquisition for a larger company. But again, its valuation looks to be supported by speculation.

It's far from clear what Johnson Controls will do next, particularly as the cash proceeds from the sale of its power solutions have been earmarked for debt repayment and share buybacks. United Technologies is an attractive stock in its own right, but its prospects also depend on conditions in aerospace and Otis Elevators' prospects in China. In addition, Carrier's margin performance continues to disappoint, particularly when compared with Ingersoll-Rand's Trane.

Why Ingersoll-Rand remains the best stock in the sector

All of which leaves Mike Lamach's company as the best way to get exposure to the investing theme. There are three key reasons.

First, recent results saw the company raising full-year earnings expectations from a range of $6.15 to $6.35 per share to "approximately $6.35." That puts it on a forward P/E of 19.1. And given that full-year guidance for free cash flow (FCF) remains at $1.6 billion, the stock trades on an attractive forward market cap to FCF multiple of 18.3.

Second, as you can see below, Ingersoll-Rand's climate segment (which tends to generate around 80% of total company profit) and total company organic growth has been 6% or above for the last six quarters. Combined with strong bookings growth in 2018, it's possible that management's guidance for organic revenue growth of 5% to 6% will prove too conservative. 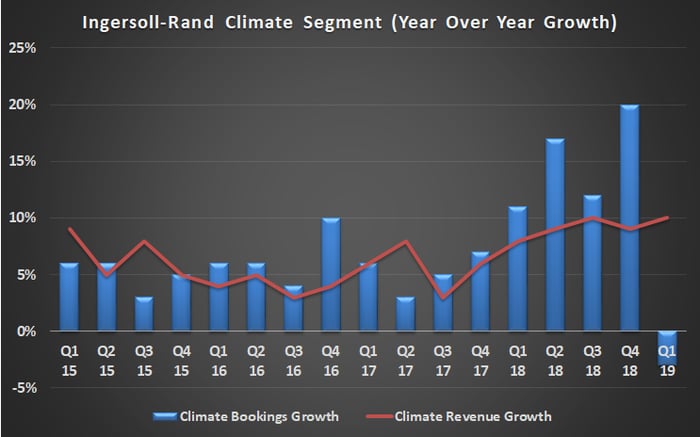 Third, the company's underlying growth prospects remain strong. Climate bookings declined 3% in the first quarter, but management took the time to explain that it was largely due to coming up against extraordinary bookings growth in its transport refrigeration business in 2018.

According to CFO Susan Carter on the earnings call: "we booked 1.5 years of trailer unit orders and two years of auxiliary power unit orders resulting in record transport backlog at the end of the year. With the record backlog, and an underlying healthy market of revenue, outlook for transport is healthy into 2020."

The volatility in transport orders, Carter said, masks the fact that "HVAC organic bookings were strong with mid-single to high-single-digit growth rates for commercial HVAC North America and Europe and for residential HVAC" in the first quarter.

Despite being part of a sector buoyed by acquisition speculation, Ingersoll-Rand still looks like a good value, and management's recent steps will create an even more HVAC-focused company. All told, it looks like there's still room to run with its stock price.