Falling more than 13% in December, shares of Armstrong World Industries (NYSE:AWI) ended 2018 on a sour note but have more than rebounded through the first half of 2019, climbing 67% according to data from S&P Global Market Intelligence. While reports of a strong performance in 2018 provided some encouragement for investors, Wall Street's continual affirmation of the stock and management's auspicious outlook for 2019 represented additional factors.

From the top of the income statement to the bottom, investors found a lot to celebrate in the late February report of Armstrong World Industries' 2018 performance. Because of volume growth in both the mineral fiber and architectural specialties segments, Armstrong World Industries generated 2018 revenue of $975 million, a 9% increase over 2017. The growth carried through to the bottom line, where the company reported diluted earnings per share of $3.56 -- 24% higher than the $2.86 the company reported in 2017. 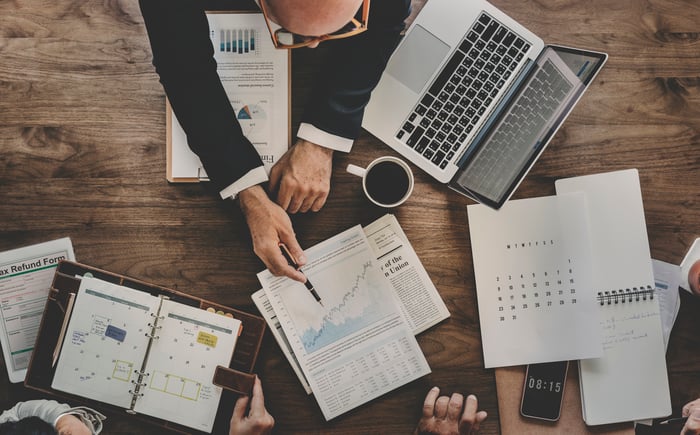 For investors who were skeptical of the company's EPS (because of the massaging of the statement with non-cash charges), a look at the cash flow statement would've allayed any concerns: Armstrong World Industries generated operational cash flow of $203 million, a 19.2% increase over 2017.

Armstrong World Industries foresees continued growth in 2019. During its Q1 earnings report, for example, the company reiterated its 2019 revenue guidance of $1.04 billion to $1.08 billion. Should the company achieve the midpoint of this range, it will represent year-over-year growth of 8.5%. Moreover, on the Q1 2019 conference call, management forecast that free cash flow would represent in excess of 20% of sales for 2019, whereas it represented only 13.5% of sales for 2018, according to Morningstar.

A flurry of analysts' upgrades represented additional catalysts for the stock's rise. In early January, for example, an analyst at Bank of America Merrill Lynch upgraded the stock to "buy" from "neutral" and assigned a $75 price target, according to Thefly.com. Impressed with the company's 2019 guidance, Kenneth Zener, an analyst at KeyBanc, reiterated his "overweight" rating on the stock several weeks later and raised his price target to $83 from $76. The bulls continued to roar through the spring, as an analyst at SunTrust raised his price target to $109 from $95, while Deutsche Bank resumed coverage on the stock with a "buy" rating and a $107 price target.

With shorter time horizons than the multiyear holdings we espouse, Wall Street and its upgrades and downgrades are best taken with a grain of salt. In this case, however, the overwhelming bullish sentiment is worth noting. And in the coming quarters, investors can monitor how well the company fares in achieving its revenue and free cash flow forecasts. Should the company succeed in meeting these figures, it may indicate that there's plenty more room for the stock to run.