The prospect of 40% revenue growth proves too great to resist.

In May, Zillow Group shares soared 28% on the back of stronger-than-expected Q1 revenue from its new Zillow Offers house-flipping business. And yet, at the same time as revenue zoomed, losses ballooned, and the company ended up losing nearly $70 million in the quarter.

Those losses don't seem to worry SunTrust, however. Late yesterday afternoon, the Atlanta-based banker announced it is initiating coverage of Zillow Group with a buy rating and a $58 price target -- and named Zillow's Offers business as its primary reason for liking the stock. 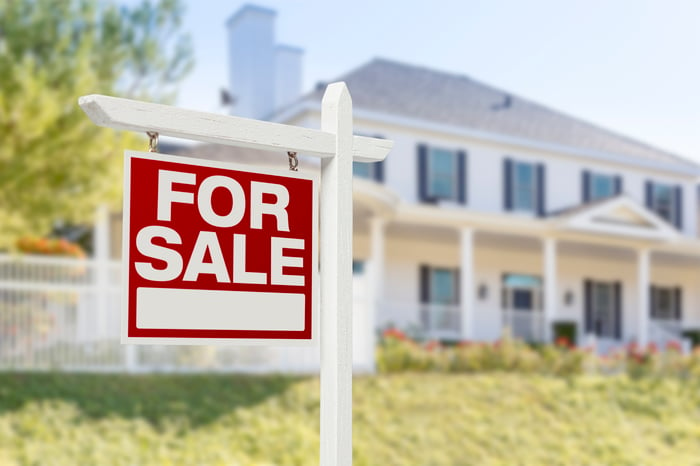 Will 40% growth make Zillow a winner?

According to SunTrust, Zillow's "recent push to buy/sell real-estate as a primary facilitated by seamless end-to-end transaction ... should drive a 40%+ [annual revenue growth] over the next 7 yrs."

If that sounds like a lot of revenue growth, well, consider that just last quarter, Zillow's nascent Offers business contributed $128.5 million to revenue as the company bought and quickly resold 414 houses -- twice as many homes as it sold in Q4 2018. Those sales made up 83% of Zillow's revenue growth in the quarter, turning what would otherwise have been a quarter featuring only 9% sales growth into a quarter with 51% sales growth!

What's more, Zillow actually bought more than twice as many houses as it sold in Q1 -- 898 homes -- meaning there's a lot more to sell where that initial batch came from. Given how rapidly the house-flipping business ramped in Q1, it doesn't seem unreasonable to believe that there's plenty more sales growth ahead of the company as it forges ahead into what SunTrust estimates is a $1.9 trillion dollar market opportunity.

Of course, as veteran real estate investors know, the trick with selling real estate isn't just making the sale -- it's making a profit on the sale. And at this early stage at least, this seems to be a trick that Zillow hasn't quite figured out just yet.

Total losses in Q1 2019 ballooned more than three times in comparison to what Zillow lost in last year's Q1. (Indeed, Zillow hasn't reported a quarterly profit since Q3 2017, and has recorded only two profitable quarters in the last five years -- and no profitable years, according to historical data from S&P Global Market Intelligence.)

By one estimate, for every house that Zillow flipped last quarter, the company incurred a $109,190 loss on the sale.

To its credit, SunTrust doesn't gloss over this caveat to its buy thesis on Zillow Group stock -- or at least not entirely. The analyst notes that "ongoing investments are likely to keep a lid on margins over the [near to medium] term." Nevertheless, SunTrust predicts that Zillow's Offers business will generate "meaningful FCF/profitability" over the long term "from growing scale."

I have to say, though, that that argument immediately brings to mind the old joke about the retailer that loses money on every sale it makes, but promises to "make it up on volume."

True, much of Zillow's loss in Q1 can be attributed to the cost of sales and marketing, technology development, and other costs necessary to set up the Offers business. And from a gross profits perspective, Zillow Offers actually was profitable in Q1, with houses being bought for an average purchase price of $295,700 and later sold for $310,400 -- about a 5% gross profit margin.

As Zillow scales up its business, those advertising and tech setup costs should spread out over a larger base of sales. Scale up enough, and they could dwindle to insignificance, leaving the gross margin mostly intact -- and turning Zillow profitable for just about the first time in its life.

And yet, according to S&P Global estimates, most analysts who follow Zillow stock don't expect this to happen before 2023 at the earliest -- the first year analysts see the company earning a positive net profit. Meanwhile, a big "what if" factor remains:

What if the housing market collapses again? What if Zillow gets stuck owning hundreds (or thousands) of homes that it paid $300,000 for, but a downturn in housing prices makes consumers only willing to pay $290,000, $280,00, $270,000, or $200,000 (home values declined 33% during the Great Recession) to take those homes off its hands? If that should ever happen, an investment in Zillow Group stock could turn into a bad bet of epic proportions.

If you ask me, the prospect of making a 5% gross margin doesn't outweigh that risk -- and unprofitable Zillow Group remains an unattractive stock to buy.