British Virgin Islands-based desalination and water filtration company AquaVenture Holdings (NYSE: WAAS) announced on Monday that it plans to sell between 4.1 million and 4.7 million shares of common stock in a secondary offering -- and it's been all downhill for AquaVenture stock ever since.

Until today, that is.

After falling 12% in the three days since that first announcement, AquaVenture stock bottomed out at $16.88 per share Wednesday -- and today it was surging back, climbing 10.1% as of 3:10 p.m. EDT Thursday. 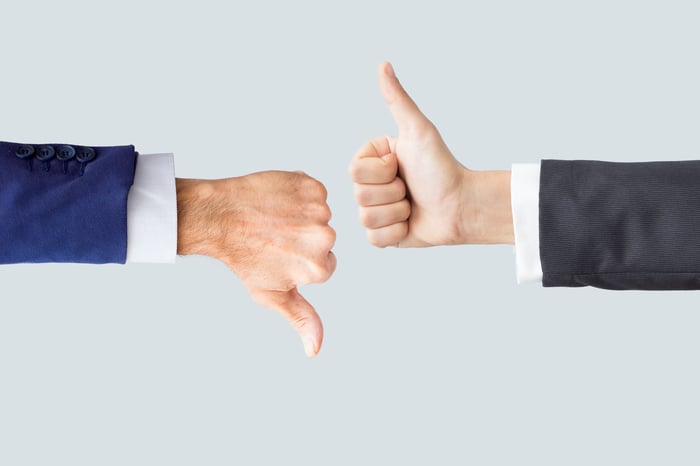 Explaining AquaVenture's $16.88 bottoming-out price is easy. Yesterday, AquaVenture made a second announcement, revealing that it has picked a price for its secondary offering: $16.88 per share on the nose.

Now that investors know the price at which new investors can buy new shares of AquaVenture, they seem to have more confidence in the shares' ability to eventually be worth more than that. In addition, the knowledge that the company will soon be coming into possession of $69 million or more in proceeds from its secondary offering may lend some hope that it might be able to make a dent in its debt load -- currently $326 million and change.

Alternatively, as suggested in announcing its offer price, the company may decide to use some or all of its new cash for "the acquisition of, or investment in, complementary businesses, products, services, technologies or other assets."

Such an expansion of the business makes it more likely AquaVentures will produce the 20% or better annualized earnings growth over the next five years that analysts are calling for. And the more likely that is to happen, the more the shares could be worth.