Netflix (NASDAQ:NFLX) is facing a mass exodus of its most popular licensed content over the next year and a half. Walt Disney will no longer license its film output, keeping those movies for Disney+. AT&T's WarnerMedia is taking back Friends, among other shows, for HBO Max. And Comcast's NBCUniversal has confirmed it's keeping The Office and it might retain other popular shows for its forthcoming streaming service.

Independent data from Nielsen, Jumpshot, and Parrot Analytics all show that licensed content like The Office and Friends is some of the most popular on Netflix in terms of total streaming hours. But that doesn't mean it's subscribers' favorite type of content to watch. When asked about their favorite things to watch on Netflix, subscribers overwhelmingly chose original series like Orange Is the New Black and Stranger Things, according to a recent survey from MoffettNathanson. Just four of the top 20 responses were licensed series. 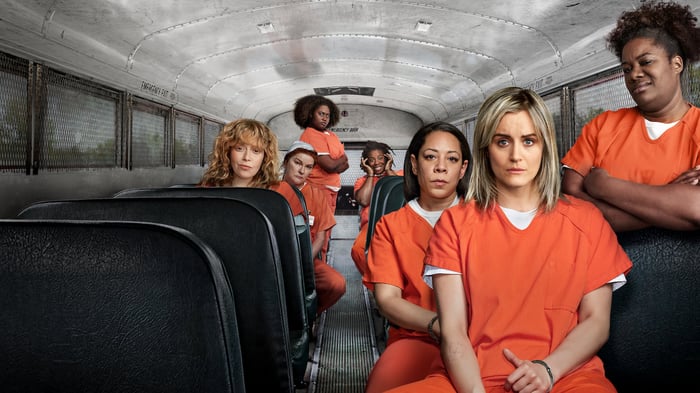 Nobody signs up just to watch reruns

Reruns of popular long-running shows can rack up a lot of viewing hours. By their nature they have broad appeal, and a lot of episodes to watch. The Office, for example, has 201 episodes, each about 22 minutes long -- that's over three days' worth of nonstop binge watching. By comparison, there are just 25 episodes of Stranger Things, following the much-hyped release of Season 3 earlier this month.

As a result, it's easy for long-running licensed shows to rack up a lot of view time. But that doesn't mean subscribers will ditch the service because they're missing out on Friends. Fewer than 2% of respondents said The Office or Friends is their favorite thing to watch on Netflix -- making them the ninth and tenth most popular responses, respectively. Over 7% favor Orange is the New Black, and over 6% can't do without Stranger Things.

Consumers sign up for Netflix for those originals. Reruns merely fill the time between premieres and are easy to throw on in the background while subscribers wait for the exciting new stuff.

In fact, originals are more of a subscription driver for Netflix than for other streaming services. Of the top 99 responses about favorite programs on the platform, 51 were Netflix original series. That compares to just 19 originals for Amazon Prime and 17 for Hulu. That's a result of Netflix's more expansive library of originals, as well as its ability to get those originals in front of the right audiences.

The challenge for Netflix

What Netflix is losing is "easy-to-find and satisfying content that drives down time spent looking," according to MoffettNathanson principal analyst Michael Nathanson. "In its place, Netflix will continue to spend more on original programming and marketing to promote other choices," he says.

People know what they're getting when they click on the title card for Friends; they might not be willing to click so easily on titles they're not familiar with. People love familiar things. Netflix can generate greater familiarity through additional marketing -- an area it's been increasing its investment in since last year. As a result, Netflix will likely see another step-up in its marketing spend next year to offset the decline in licensed content spending.

Netflix's increased marketing ought to help increase engagement among existing subscribers as well as attracting new ones. On top of that, "for your consideration" events targeted at critics and at film and television academies should help it win more awards, and attract top Hollywood talent to create even better originals with mass appeal.

Despite the increased competition taking away some of the most popular content on Netflix, competitors can't take away most consumers' favorites. And that's why they sign up for Netflix in the first place. Netflix will face a challenge to keep subscribers engaged, especially in light of numerous new alternatives, but increased marketing should help mitigate that risk.