Microsoft and CrowdStrike Holdings report their latest quarterly figures, and Boeing prepares for a stiff headwind to its Q2 results.

For the second straight day, after-hours investors are busy swapping stocks that have just reported earnings. A clutch of big corporates released their quarterly numbers after the clang of the closing bell today.

Here's the skinny on two of the more significant ones: Microsoft ( MSFT -0.15% ) and CrowdStrike Holdings ( CRWD -7.20% ). Outside of the results sphere, there was some uncomfortable news for Boeing ( BA -4.88% ) shareholders. 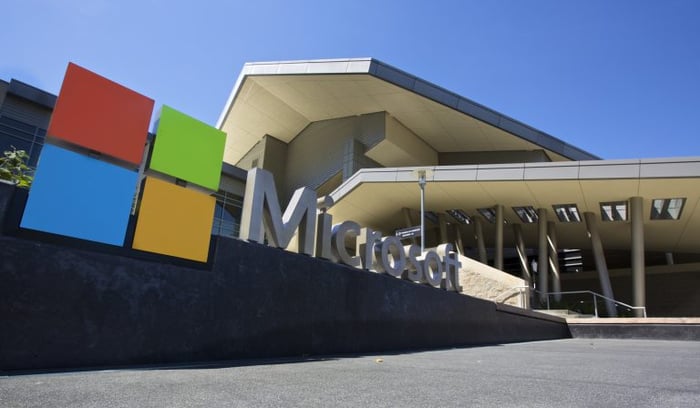 Microsoft was a winner in the Late Thursday Earnings Sweepstakes, blasting past analyst estimates in its Q4.

For the quarter, the software giant posted revenue of $33.7 billion, 12% higher than the same period a year ago. Non-GAAP (adjusted) net income was $10.6 billion ($1.37) for a 21% year-over-year improvement. Both numbers were well above the average analyst projections of $32.75 billion on the top line and $1.21 for per-share adjusted net profit.

Driving much of this growth was Microsoft's cloud services, an area where it has been particularly assertive of late. This segment produced almost $11.4 billion in revenue,  again well above analyst estimates (they were collectively projecting just slightly over $11 billion).

At the moment, Microsoft is the most actively traded stock after hours. In spite of the convincing top- and bottom-line beats, though, it's up only 2% from its closing price today.

A hot new tech stock is positively on fire tonight. The scorcher is CrowdStrike Holdings, which has released quarterly results -- its first set since the company's IPO last month -- that are blowing the market away.

CrowdStrike's Q1 of fiscal 2020 saw the cybersecurity company take in revenue of just over $96 million, almost double the Q1 2019 figure. That was on the back of subscription revenue that also doubled and then some, in this case to $86 million. Adjusted net loss narrowed to $22 million ($0.47 per share) from a shortfall of nearly $32 million.

These results weren't far off the average analyst revenue estimate of $95.6 million, and met the consensus projection of a $0.47-per-share net loss.

Regardless, the company's cloud-based solution is clearly finding a solid niche in the ever-growing cybersecurity sector -- CEO George Kurtz is attributing this partially to customer frustrations with legacy security systems -- so investors want to own this stock.

CrowdStrike also proffered guidance for both its current quarter and the entirety of fiscal 2019. For the latter period, it expects $430.2 million to $436.4 million in revenue, and a per-share adjusted net loss ranging from $0.70 to $0.72.

CrowdStrike stock is a rock star in the evening trading hours. Just now it's up by more than 16% from its Wednesday closing price.

Boeing to book a charge for 737 MAX

In the we-knew-it-was-coming department, we have Boeing. The aerospace giant admitted after trading hours today that it will book a hefty charge related to the grounding of its controversial 737 MAX aircraft.

This will be an after-tax charge of $4.9 billion, which is linked to what Boeing is calling "an estimate of potential concessions and other considerations to customers for disruptions related to the 737 MAX grounding and associated delivery delays." Boeing said that this will shake out in a $5.6 billion reduction in revenue and pre-tax earnings.

These adjustments will be recorded in the company's Q2 results, which are scheduled to be released on July 24. The company said it will provide updated guidance "at a future date." It did not get more specific.

Following a pair of crashes within five months of each other, the 737 MAX was grounded throughout the world. In the U.S., grounding occurred in March, and is still in effect.

Additionally, Boeing said that due to the grounding of the plane and the resultant fall in its production rate, its expenses for it increased by $1.7 billion in Q2. The company added that higher-than-expected costs will be a factor in future periods, too.

It seems Boeing investors have already priced such a move into the stock. Perhaps they even expected worse: In post-market trading tonight, Boeing shares are actually on the rise, albeit by less than 2%.