Pot stocks are only now coming into their own as legitimate investing vehicles. Underscoring this point, the first G8 country to legalize adult-use marijuana, Canada, did so less than a full year ago, major U.S. stock exchanges just started listing pure cannabis-oriented companies for the first time in 2018, and bills aimed at easing banking restrictions on the industry in the U.S. only began to gain real traction in Congress during the first half of this year.

Put simply, the legal marijuana industry still has a long way to go to realize its staggering commercial potential, which is estimated to range from anywhere between $50 billion to perhaps a jaw-dropping $200 billion by the end of the next decade. So if you're considering adding any marijuana stocks to your portfolio right now, it's absolutely critical to keep the long-term view in mind.

With this perspective, let's consider where Tilray (NASDAQ:TLRY) -- the third largest marijuana cultivator in the world by market cap and a popular name among retail investors -- might be in five years. 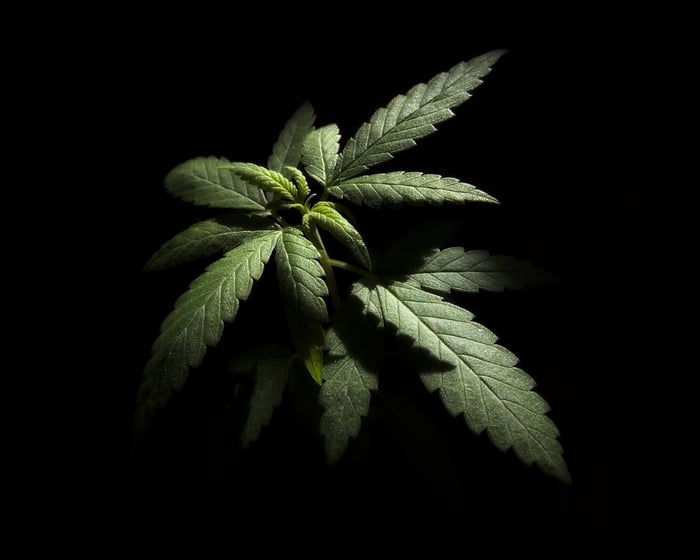 Tilray is a pioneer. The company was the first to debut directly on a major U.S. stock exchange (the Nasdaq), and it was also the first to legally export medical cannabis from North America to Africa, Australia, Europe, and South America. Tilray is also one of the first pot companies to successfully gain a cultivation license in both Canada and Portugal. Tilray's pioneering spirit, in turn, will probably continue to be its guiding light over the next five years.

Keeping with this theme, Tilray has shown a keen interest in the emerging field of medical marijuana, where it is currently participating in five clinical trials to evaluate the safety and efficacy of cannabis for a wide range of conditions. As part of this effort, Tilray formed a Medical Advisory Board in 2017 to help suss out the most promising opportunities for cannabis in the clinic.

Meanwhile, Tilray has been busy treating medical marijuana patients in a whopping 12 countries across five continents and forming a cadre of key partnerships in the space that include a tie-up with pharmaceutical giant Novartis's Sandoz AG unit. Through this landmark partnership with Sandoz AG, Tilray has the potential to distribute medical marijuana products to a vast array of geographies -- although this distribution agreement is obviously limited to areas where medical cannabis is currently permissible.

Although Tilray does have an intriguing portfolio of recreational products through its wholly owned subsidiary High Park Company, the company's main point of emphasis has been on establishing itself as a global leader in medical marijuana. Medical cannabis, in fact, is the undisputed centerpiece of the company's long-term value proposition.

This is because medically oriented cannabis products offer the potential for patent protection, which can provide a formidable legal barrier against potential competitors, along with the opportunity for considerably higher gross margins than recreational brands.

That being said, Tilray does have significant investments in other fruitful areas of the cannabis space. In Dec. 2018, for instance, the company formed a 50/50 joint venture with beer giant Anheuser-Busch InBev to develop a line of non-alcoholic beverages containing THC and CBD.

Along the same lines, Tilray also has an ongoing collaboration with Authentic Brands Group (ABG) designed to integrate cannabis into a host of retail products in jurisdictions where regulations allow. While short on details, Tilray has said that it expects this novel partnership to branch out into the areas of entertainment, fashion, beauty, home and health, and the wellness sectors.

What does this all mean? In five years, Tilray should have an attractive mix of medical, recreational, and non-smokable retail products, but the bulk of its sales will almost certainly come from the medical and beverage/food categories. The company should also have one of the broadest global footprints in the industry thanks to its various distribution agreements and partnerships with industry heavyweights like Sandoz AG.

Is Tilray an attractive long-term investment?

Like nearly all pot stocks at the moment, Tilray remains in its infancy. All we know now is that Tilray is positioning itself to become a leader in medical marijuana as well as more speculative areas of the cannabis space like non-combustible retail products.

These strategic moves may pay off handsomely down the line, but as things stand now, Tilray doesn't have a clear-cut economic moat surrounding any of its core businesses. After all, there are several players angling to carve out a niche in medical marijuana, and Tilray doesn't have a deep-pocketed partner on its side capable of simply outspending the competition. In short, Tilray's long-term outlook is simply too murky to justify owning its stock at this stage -- a knock that arguably applies to most of Tilray's peers as well.