Shares of Mallinckrodt (NYSE:MNK) were sliding 5.1% lower as of 11:53 a.m. EDT on Monday after falling as much as 10.2% earlier in the day. The Washington Post published an article on July 19 that revealed internal emails sent by one of Mallinckrodt's sales managers showing indifference to the ongoing opioid epidemic in the U.S. In addition, Mallinckrodt appears to still be reeling to some extent from the company's announcement last week that it was discontinuing the phase 2b clinical study evaluating Acthar Gel in treating amyotrophic lateral sclerosis (ALS).

Probably the best word to describe the current situation for Mallinckrodt right now is "malaise." Investors continue to be uneasy about the company. 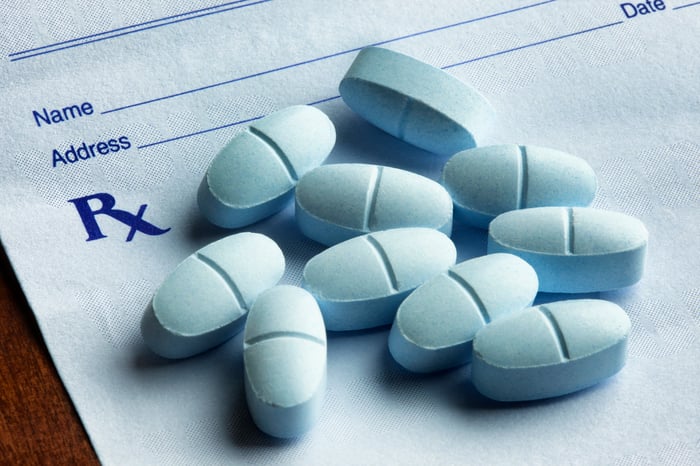 The article in The Post reported email excerpts from a plaintiffs' filing in a case against multiple large drugmakers, including Mallinckrodt. In these excerpts, Victor Borelli, a national account manager for Mallinckrodt, and Steve Cochrane, vice president for sales for generic drug distributor KeySource Medical, made insensitive comments about opioid addiction.

Mallinckrodt is a defendant in multiple opioid-related lawsuits. Many of these lawsuits were combined into a federal multidistrict litigation in the U.S. District Court for the Northern District of Ohio. The controversial email excerpts were included in documents filed by plaintiffs in this federal case.

The discontinuation of the clinical study of Acthar in treating ALS wasn't really a huge blow. This study faced steep odds from the beginning. However, the decision to permanently halt the study after safety concerns were raised underscored the fact that nothing seems to be going right for Mallinckrodt these days.

A trial in the District Court case is set for October 2019. It's not likely that the dark cloud related to the opioid litigation will go away until this case concludes.

In the meantime, the company has another major lawsuit on its hands. In May, Mallinckrodt filed a lawsuit against the U.S. Department of Health and Human Services (HHS) and the Centers for Medicare and Medicaid Services (CMS). The company hopes that the court will set aside a CMS decision that could significantly reduce its net sales of Acthar Gel to Medicaid.