The chipmaker has a lot riding on China's telecom market.

Xilinx ( XLNX -0.75% ) shareholders have largely been a happy lot this year. The stock has delivered terrific gains as the construction of fifth-generation (5G) wireless networks has supercharged its financial growth. And that catalyst is just beginning to deliver for the company: The pace of the deployment of 5G infrastructure is set to increase in the coming months and years.

But there's a thorn in the side of Xilinx that has punished its stock of late -- the U.S.-China trade war. 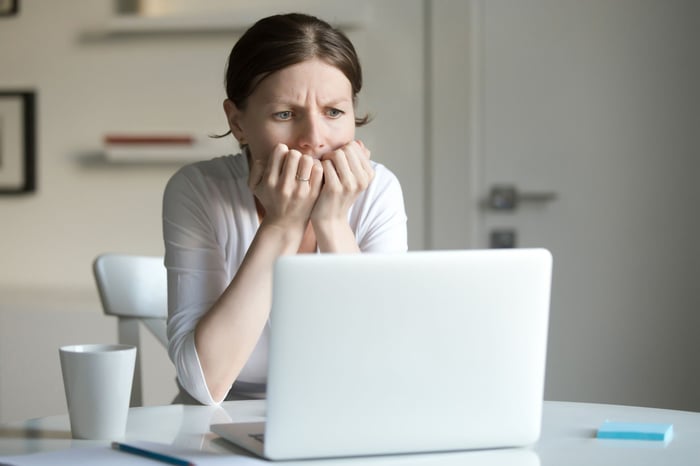 Xilinx has a lot riding on Huawei

Xilinx's rapid financial growth could come to a halt if the trade war between the U.S. and China doesn't end soon.

Reuters reported last month that Xilinx has been lobbying the U.S. government to relax its ban on sales to Huawei so that it can sell its products to the beleaguered Chinese giant. Its interest isn't surprising, as Huawei has won half of the 5G network contracts issued by China Mobile, that country's largest telecom operator. (Rivals Ericsson and Nokia scored 34% and 12% of China's 5G tender, respectively.)

Huawei was placed on the U.S. government's Entity List due to allegations that the company engaged in actions that threaten U.S. national security and foreign policy interests. As a result, any  domestic company that wants to sell and export technology to it must obtain a license for the deal from Commerce Department.

Chinese telecoms are expected to invest $58 billion in 5G networks over the next couple of years, according to GSMA Intelligence, and Huawei looks well placed to receive a good chunk of that spending. What's more, it reportedly commands 29% of the global telecom equipment market. An inability to supply chips to such a big player will definitely harm Xilinx.

The chances of the U.S. and China resolving their trade dispute may be looking up, but even if there isn't a quick deal that allows Xilinx to revive its relationship with Huawei, investors shouldn't lose faith, because there's more to the 5G market than China.

For instance, T-Mobile plans to bring 5G service to 30 cities in 2019, while AT&T plans to roll out its network in 22. Telecom operators in South Korea have already taken the lead in deploying 5G networks, boosting Xilinx's business in the process. In all, IDC estimates that investments in 5G infrastructure will balloon to $26 billion in the next three years, as compared to $528 million in 2018.

Xilinx's early moves into this space positioned it to take advantage of the 5G market's secular growth. That's because the chipmaker's field-programmable gate arrays (FPGAs) are helping telecom companies in the early deployment of 5G networks, and the company is confident of sustaining this momentum even after custom chips hit the market.

Xilinx has strengthened its 5G product portfolio by launching combo chips that can replace several components made by other chipmakers, resulting in improved efficiency for the end user and stickier design wins for the chipmaker. Specifically, Xilinx's combo chips integrate digital processors, analog chips, and the embedded software design into a single platform, which makes them attractive for any telecom looking to build a 5G network.

And the company is more than just a 5G play. While the cellular tech has played a critical role in its growth of late, investors shouldn't ignore its opportunities in other areas such as self-driving cars and data centers.