Shares of Tile Shop Holdings (NASDAQ:TTSH) were down 19% at 1:13 p.m. EDT on July 23, following the release of the company's second-quarter earnings results before market open today.

The company reported a 4.3% decline in sales, with same-store sales, or comps, which measure sales at stores open more than one year, down 4.2%. In the release, management blamed "lower customer traffic" for the comps decline. 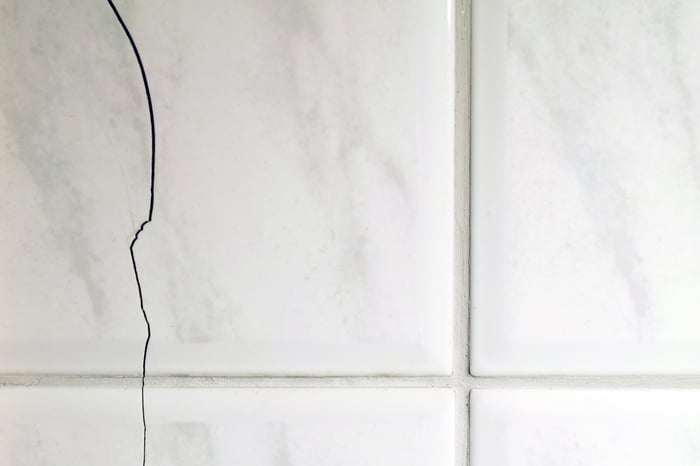 For a retail business like Tile Shop, weaker traffic can play havoc on profits and operating income. Last year, the company earned $5 million in net income on sales that were roughly $4 million higher, with gross margin of 70.3%. This quarter, Tile Shop reported a small net loss and a gross margin rate of 69%, its worst margin result since fully shifting to a high-end product assortment and marketing focus.

Moreover, operating income fell to less than $1 million, versus $7.4 million in the prior-year period, with sales, general, and administrative expenses as a portion of sales rising sharply from 62.3% one year ago to 68.1% in the second quarter of 2019.

If there's a silver lining with its financial and operating results, it's cash flow. Tile Shop generated $22 million in operating cash flow, $2.7 million more than last year. However, it spent $4.7 million more on capital expenditures than in last year's quarter, and ended the quarter with $13 million more long-term debt than it started.

On the margin side, the company said that the decline in gross margin percent wasn't because of sales mix or having to discount products. On the earnings call, CFO Kirk Geadelmann said, "The year-over-year decline was primarily due to higher shrink and damage costs, resulting from completing physical inventories in all stores and distribution centers during the quarter." He went on to describe the combination of shrink (missing merchandise) and damage from the new merchandising fixtures as a key driver behind these two metrics being so bad.

Geadelmann also addressed the increase in Tile Shop's debt in the quarter, saying the company spent $10.5 million to repurchase 2.3 million shares during the period. That works out to $4.57 per share on average, or roughly 40% higher than today's stock price. That may turn out to be a bargain if management can get the company growing again, but today, it looks like poor capital allocation for a company that's struggling to resonate with consumers.

And this isn't a one-quarter blip on the radar. Comps fell 4% in the first quarter, too, a bad trend management needs to reverse after reporting 5% comps growth in 2018's fourth quarter.

Tile Shop continues to have warts, no doubt, and it's questionable whether spending $10 million on shares, which continue to plummet along with sales, was a wise capital allocation decision. The good news is, the company continues to generate strong operating cash flows, and management doesn't need to raise debt to fund operations.

But at this point, it's hard to call its strategy shift to upmarket products successful. And until the company delivers improving traffic and the higher profits management and the board promised, that's going to remain the case.