Shares of tile and hard surfaces retailer Tile Shop Holdings (NASDAQ:TTSH) were up 10.8% as of 12:45 p.m. EDT on Tuesday. This followed news that the U.S. trade representative will delay the rollout of new tariffs on many Chinese-made goods imported into the U.S.

On the surface, this looks like a positive for Tile Shop. After all, CEO Cabell Lolmaugh said on the second-quarter earnings call that the company sourced 42% of its tile from China in 2018. 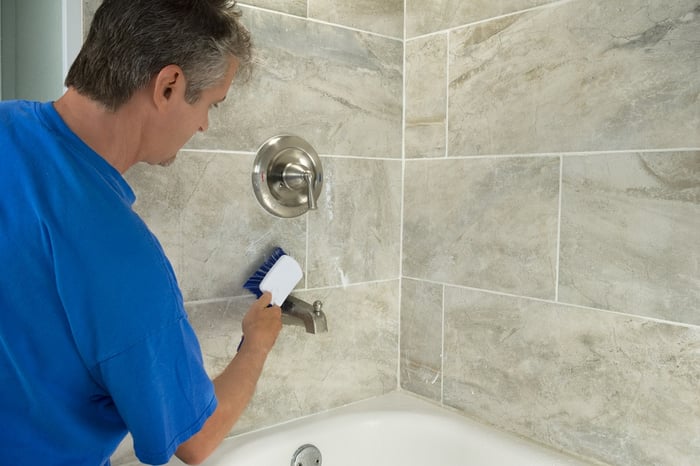 Moreover, many investors have expected these tariffs to take a bite out of the economy. So delaying these tariffs, which would have increased current tariffs by another 10%, to mid-December is also being seen as a boost for the overall economy. And that -- on paper at least -- should bode well for Tile Shop.

There's a catch: Tile Shop's exposure to tariffs on Chinese-sourced tile is only partly allayed by this delay. It still has substantial exposure to a completely separate, ongoing trade investigation into Chinese tile. Specifically, an investigation into "dumping" is ongoing, and a ruling is expected in November.

What is dumping? In short, it's when a foreign government provides subsidies to a domestic manufacturer to undercut a foreign market. This case alleges that the Chinese government is subsidizing domestic ceramic tile producers, giving them an unfair price advantage against other tile. It's not just an unfair advantage, it's also potentially illegal and in violation of existing trade agreements.

If it's ruled that Chinese-sourced ceramic tile is being supported in this manner, Tile Shop would be responsible for paying any anti-dumping duties levied against this tile. That could substantially increase its costs, cutting into margins.

And today's tariff delay doesn't have anything to do with that.

So on one hand, you have the market reacting positively to something which really doesn't give Tile Shop any relief. Sure, it's possible it could improve consumer confidence, but Tile Shop's exposure to Chinese-made tile is still substantial, and anti-dumping duties are a bigger material concern than the tariffs that were delayed till mid-December.

On the earnings call, Lolmaugh pointed out that the company is taking steps to diversify its supply chain away from China. While 42% of its products came from China last year, that was down from 50% in 2017, and the goal is to continue driving the mix lower; even if it sources more expensive tile from other countries, management pointed out that other, closer sources would result in lower shipping costs. But it's unclear how much its mix will have shifted by the November ruling on dumping, and Lolmaugh wouldn't offer any further information about the company's targeted supply mix from China.

Even after today's big jump, Tile Shop shares are still down 34% since second-quarter earnings were reported a few weeks ago. And frankly, the company has a lot of work to do simply to attract more customers; same-store sales fell 4%, primarily due to lower traffic in its stores.

So if you react to today's news with exuberance, thinking it's great for Tile Shop, balance that optimism with a dose of reality: Its struggles are deeper than just the impact of tariffs.