Shares of Tile Shop Holdings (TTSH 1.65%) were down 67.8% at 1:52 p.m. EDT on Tuesday, following the company's announcement before trading today that it plans to delist from the Nasdaq Stock Market. According to the press release, the company " ... anticipates that the last day of trading on Nasdaq will be on or about November 8, 2019." Today's sell-off has moved Tile Shop squarely past small-cap territory, into the land of micro-cap stocks.

This announcement seems to have caught investors flat-footed and is driving enormous selling activity. At this writing, nearly 9 million shares have already traded hands, just under one-fifth of the company's entire float, in a single day. 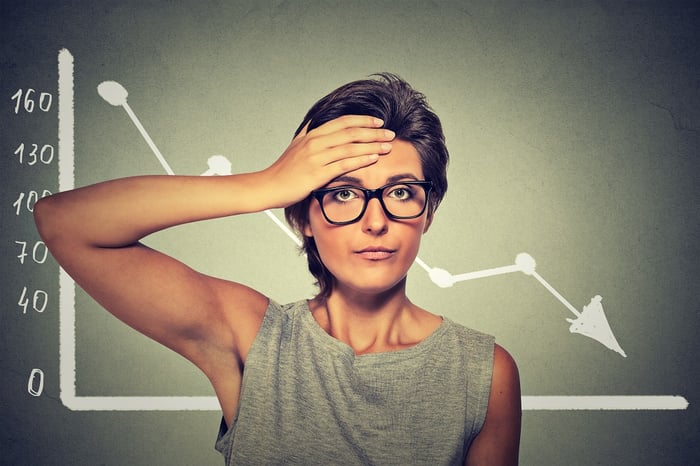 Why is Tile Shop doing this? The money quote from the release came from CEO Cabell Lolmaugh: "We've undertaken a thorough and thoughtful review of our cost structure, including costs associated with being a Nasdaq-listed and SEC reporting company. After careful consideration, our Board of Directors decided to voluntarily delist from Nasdaq and deregister with the SEC as we believe the savings that will benefit our shareholders outweigh the advantages of continuing as a Nasdaq-listed and SEC reporting company."

You may be wondering how the company can even do this. In short, securities law allows companies with fewer than 300 shareholders of record to deregister, and apparently Tile Shop meets this requirement. By making this move, the company will have far fewer regulatory requirements, including the obligation to provide the SEC and shareholders with financial reports that have been audited by an approved accountancy firm.

This will certainly save the company a lot of money, as will its expected move to the pink sheets. It will also significantly increase the potential risk for investors who continue to hold shares. A lack of audited financials means no third party is independently verifying if what the company is reporting is accurate, and over-the-counter stocks can also be far less liquid than stocks trading on a major exchange.

What happens next? It's hard to say, but I wouldn't be surprised to see some company or entity make an attempt to buy Tile Shop. Its market capitalization has fallen to $55.5 million, and its enterprise value -- which also factors in the value of assets and liabilities an acquirer would be on the hook for -- is $229 million.

So in a perverse way, today's big sell-off could be an opportunity to buy, if someone or a competitor sees Tile Shop's assets as worth more than the market is pricing them at today. But buying would come with the risks stated above. If Tile Shop weren't acquired at a premium to today's sell-off price before delisting, you'd own a struggling retailer with a growing pile of debt that could be in real trouble if we enter into a recession.

So with the caveat that there could be some opportunity for profit, I think most investors would probably do best to just move on sometime over the next couple of weeks, while there's still a liquid market for their shares.