Though you should be a little excited about how well this tech giant is performing.

Tech software and cloud infrastructure giant Microsoft (MSFT -3.94%) reported its fiscal fourth-quarter and full-year earnings last week, and the results exceeded even the market's high expectations. Microsoft is firing on all cylinders across its core enterprise software division and its intelligent cloud division anchored by Azure, and it's putting in solid performance for its "other computing" division across PCs, Surface hardware, and even Bing search.

While analysts and investors like to point to all sorts of multiples to value the company, from PE ratios to EV/EBITDA, and others, the value of any asset is the present value of all future cash flows. And while Microsoft grew non-GAAP (adjusted) revenue by 14%, and both operating income and earnings per share by 24% last quarter, the company's free cash flow surged by a whopping 62%.

However, Microsoft's shareholders shouldn't necessarily plug in that 62% free cash flow growth number into their valuation models. Here's why, and how that number should be understood instead. 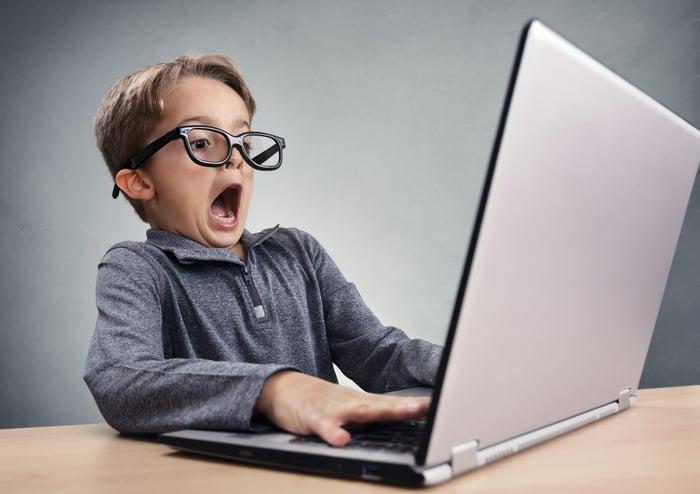 Like most companies, Microsoft calculates free cash flow as operating cash flow minus capital expenditures. The company basically had an outstanding quarter maximizing both metrics, above and beyond its normal level of profitability.

First, operating cash flow came in about $3 billion above the company's net income and up 41% on the year, as Microsoft did a great job optimizing its working capital in the quarter. The company's accounts receivable grew by 11.4%, a lower rate than revenue, meaning the company did a great job of collecting cash it was owed from customers. In addition, inventories actually declined year-over-year and were only up slightly quarter-over-quarter, meaning Microsoft wasn't investing in stocking up on products or components.

This could be either a positive or a negative. On the positive side, it could merely reflect Microsoft extracting favorable terms from customers and distributors and harvesting past investments. On the other hand, not investing in inventory could mean that the company doesn't see as much rapid growth on the horizon, meaning less of a need to invest in making more products.

On the liability side, accounts payable and accrued expenses didn't rise by that much either, meaning Microsoft wasn't "borrowing" cash by delaying payments to suppliers or employees. However, one liability that did surge was unearned revenue, which was up 13% year-over-year, slightly higher than the 12% revenue growth, according to generally accepted accounting principles (GAAP), on the back of a very strong 25% quarterly growth in bookings.

All of this means that Microsoft did a very good job of cash management in the quarter, above and beyond its "true" profitability.

Lightening up on capital expenditures

Besides the operating cash flow side, Microsoft had a very light quarter in terms of capital expenditures. These expenditures consist mainly of data centers for its cloud computing unit. In the quarter, Microsoft spent just over $4.05 billion in capex -- which may seem like a lot but is essentially flat from the $3.98 billion in capex spent in the year-ago quarter.

Again, this could signal either a positive or a negative. Positively, this could merely mean that Microsoft is harvesting past investments in Azure data centers. It's been widely reported that 2017 and 2018 were heavy spending years for the cloud giants, as the race to build out a global data center footprint and undersea cables sent memory prices surging and semiconductor growth to all-time highs. It's also no secret that as the U.S.-China trade war has dragged on and interest rates have risen, cloud giants have eased up on spending, turning to focus on maximizing data center utilization.

If that's the case, then Microsoft's lower spending could actually be more along the lines of its "true" capital spending level. However, it could also merely signal a pause in a longer-term arms race; going forward, next-gen applications such as artificial intelligence, the Internet of Things, and 5G communications will all need much faster and denser data centers, so it's likely Microsoft's capital spending will have to increase in the next year. How much, however, is yet to be determined.

While Microsoft's 62% free cash flow growth may not be indicative of its true profit growth going forward, I still think the 20%-plus profit growth Microsoft posted could actually continue for the next few years. Strong growth in Azure, software-as-a-service, and LinkedIn should continue, along with moderating expenses and thus operating leverage. Therefore, investors should focus on operating and net income growth as more of a true mark for Microsoft's path forward, which is still awfully good.