It's funny how much attention the market pays to analyst estimates. The bar was already set low for 3M (NYSE:MMM) after the conglomerate's dud first-quarter results three months ago. So, when 3M's second-quarter numbers "beat" Wall Street estimates on July 25, the stock jumped, though only briefly. Perhaps investors realized a beat matters little when the company's sales fell, earnings per share (EPS) slipped by double digits, and management rolled back full-year GAAP EPS guidance for the third time this year.

To be fair, 3M had already warned of a one-time charge of around $160 million through regulatory filings in June related to the suspension of operations at a Venezuelan subsidiary. That 3M didn't slash its adjusted EPS outlook is also a salve to the wound. Also, this guidance doesn't include any potential gain from 3M's pending sale of gas detection business and impact of Acelity, the wound care specialist that 3M is set to acquire for $6.7 billion by the end of this year. 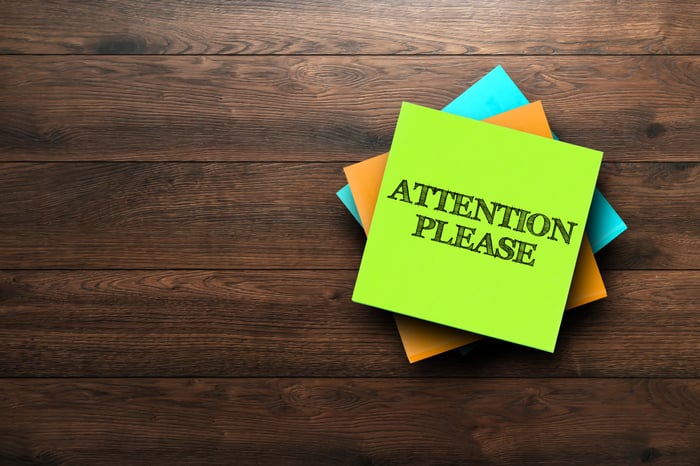 With so many moving parts and given 3M's diversity, there could be more surprises and shocks along the way for investors this year. For now, it's important for investors to know what happened in Q2 and what management foresees for the rest of the year, including its view on future dividend increases.

A quick look at the numbers in the table below is enough to conclude that Q2 was a challenging quarter. Note the operating margin, though. While a significant drop year over year, margin improved sequentially and management expects the trend to continue.

What happened with 3M this quarter?

Speaking of sales, here's how individual business segments fared. Note that this is the first quarter when 3M started reporting four segments instead of five, having recently realigned its business portfolio.

Geographically, Europe/Middle East/Africa was the weakest market, followed by Latin America/Canada and Asia-Pacific. Only the U.S. reported 1.7% growth in total sales. Overall, though, the decline in Q2 sales were pretty much in line with management expectations. Effectively, the Venezuelan crisis was the only unforeseen event to hurt profits in the quarter.

What matters more right now is the company's cost-reduction efforts. As already planned, 3M cut its head count and inventory aggressively in the second quarter, which hit pre-tax earnings by $0.21 per share. It expects to save $0.15 per share in pre-tax savings in the second half of 2019.

CEO Mike Roman insisted that "execution was strong in the face of continued slow growth conditions in key end markets, as we effectively managed costs and improved cash flow." During 3M's second-quarter earnings conference call, Roman particularly emphasized how 3M's operating margin improved sequentially despite production and inventory cuts. CFO Nicholas Gangestad even went on to forecast operating margin of 23% or higher in the third quarter.

Management addressed two other important issues during the call. First, there have been concerns about a possible erosion in 3M's innovation prowess and pricing power. Roman, however, tried to convince investors otherwise when he said, "We will continue to invest in organic growth through research and development and CapEx, to deliver on our promise to innovate for our customers."

Second, the unfolding PFAS contamination crisis and the potential litigation damages for 3M has been a major concern for investors in recent months. Roman appeared to make a sincere attempt at dissuading fears when he explained during the call how 3M not only voluntarily phased out production of PFOA and PFOS chemicals in the early 2000s but also invested in filtration systems and water tests over the years. Importantly, Roman believes there's no scientific evidence to "show that PFAS cause(s) harm to people at past or current exposure levels" even as he vowed to defend 3M's reputation "in the court of law and in the court of public opinion."

3M now expects 2019 GAAP earnings to range between $8.25-$8.75 per share versus its previous guidance of $8.53-$9.03 per share, but still believes it can earn $9.25 to $9.75 in adjusted EPS. That essentially means 3M's organic sales should improve as the year progresses. It'll be interesting to watch where that comes from, considering that 3M sees further softness in important markets like automotive and electronics in China, now projecting low- to mid-single digits fall in organic growth from that country this year.

Now, while declining profits could mean a lower dividend next year -- remember 3M is a Dividend King with over 50 years of annual dividend increases -- Gangestad assured investors that it's unlikely the company will cut the dividend or even break its record of dividend increases if earnings fell in any given year. In short, 3M should at least continue to be a dividend growth stock regardless of end-market conditions.