Please ensure Javascript is enabled for purposes of website accessibility
Log In Help Join The Motley Fool
Free Article Join Over 1 Million Premium Members And Get More In-Depth Stock Guidance and Research
By Neha Chamaria - Apr 26, 2019 at 10:27AM

From macro headwinds to operational inefficiencies and lawsuits, the maker of Post-It Notes has a lot of things dragging on its performance.

When 3M (MMM 0.84%) downgraded its sales guidance for fiscal 2019 in January, investors believed management had factored in the worst, and that things would only improve for the conglomerate as the year progressed, as evidenced by the stock's strong double-digit percentage run-up since. Unfortunately, that turned out not to be the case.

The first-quarter report that 3M's released on Thursday delivered nasty shocks that sent the stock crashing. The worst part was that management had still been overestimating its earnings capacity, despite challenging business conditions. Yet again, 3M downgraded its guidance for the year, and it was a steep cut this time.

At first glance, 3M's rising profit numbers would suggest the company had a stupendous quarter. Its declining sales and adjusted EPS figures, however, tell the true story.

What happened with 3M in the first quarter?

For several quarters, foreign exchange fluctuations have proved to be a major headwind for 3M, as the company derives nearly 60% of its revenue from outside the U.S. In Q1, 3.4 percentage points worth of its 5% sales decline were attributable to foreign currency translations. On top of that, sales declined across all its business segments except healthcare -- which grew due to the acquisition of M*Modal's healthcare technology business -- signaling broad-based weakness in end markets.

GAAP earnings were higher year over year, but that was primarily due to some big one-time hits that its bottom line took in Q1 2018, when the company booked large charges related to litigation and to the Tax Cuts and Jobs Act. Adjusting to exclude those non-recurring items, 3M's EPS fell 10.8%.

Among the more notable takeaways from within individual segments:

In short, it was the same story that has been playing out for several quarters: The key segments of consumer and healthcare continued to underperform, while electronics remained shaky. Geographically, China/Hong Kong was the company's weakest market. 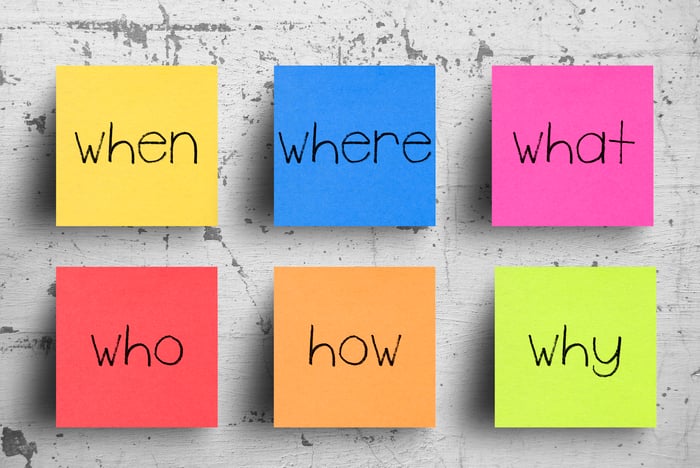 Investors also need to pay attention to the lawsuits 3M and some of its subsidiaries are involved in. The costs related to these are cutting into its bottom line even as it has been struggling to grow sales. And the impact is significant: In Q1, 3M booked $548 million in pretax charges ($0.72 per share) relating to litigation related to coal-mine dust exposure caused by  defective 3M respirators, and PFAS chemical contamination. Back in Q1 2018, 3M took a pretax charge of $897 million for funds it paid out to settle a lawsuit.

The point I'm trying to drive home is that while many people recognize 3M  for consumer products like Post-it Notes, there are more than 60,000 products in its catalog, some of which are manufactured using chemicals that threaten people's health.  The legal and environmental risks associated with these often go unnoticed by investors, but can significantly impact 3M's cash flows.

CEO Mike Roman admitted it was a tough quarter, and not just due to external macroeconomic factors. "We continued to face slowing conditions in key end markets which impacted both organic growth and margins, and our operational execution also fell short of the expectations we have for ourselves," he said.

During the Q1 conference call, CFO Nicholas Gangestad further revealed how the company failed to rein in operating costs even as it cut output by 4% to 5% year over year in response to slackening demand.

The underperformance has compelled management to kick off a major restructuring program that includes laying off 2,000 people -- 2% of its workforce -- which should save the company $225 million to $250 million annually, with $100 million in savings expected this year.

3M is bringing down the number of its segments from five to four, and will report numbers accordingly starting in the second quarter. Management believes the change in the mix of cyclical and non-cyclical markets within the segments, and its fresh cost-reduction efforts should help 3M maintain margins going forward.

This year, however, will likely be a tough one. Management now forecasts GAAP EPS in the $8.53 to $9.03 range, versus its original projection of $10.60 to $11.05. 3M earned $8.89 per share in 2018. What remains to be seen now is whether 3M's latest restructuring efforts will be good enough to help it deliver on its five-year goals through 2023, given all the challenges facing the company.