The middle of this week is going to be stuffed with earnings news, with nearly 1,000 companies slated to report their latest figures. Such is life in the middle of earnings season. Today represented a bit of a breather, with only 150 or so delivering their latest numbers.

Out of this pack, one company reporting results after market hours was a particular standout. In addition, there was late-breaking news of a big hack in the financial sector. 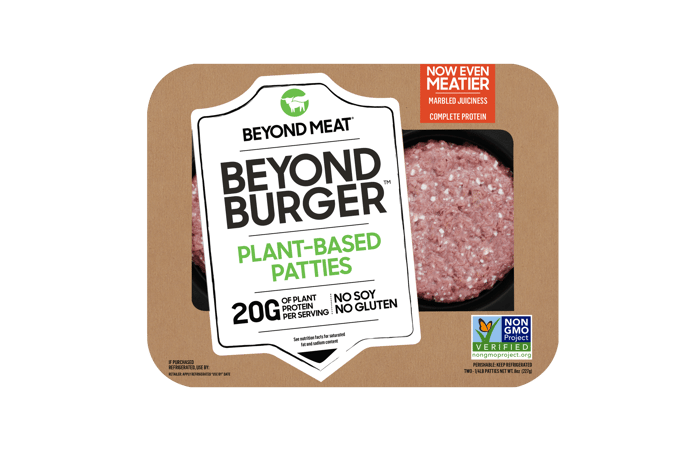 Beyond Meat (NASDAQ:BYND) stock is taking a pounding in the after-hours market tonight. The company posted a mixed quarter, but more worryingly announced a sizable secondary offering of stock.

A significant revenue improvement was expected, thanks in no small part to the company getting more of its product in restaurant chain kitchens and on grocery store shelves. Still, the quarter's top-line figure was well above the $52.5 million average analyst estimate. On the down side, those prognosticators had collectively anticipated only a $0.09-per-share net loss.

Another negative as far as investors are concerned is Beyond Meat's announcement, concurrent with its Q2 results, that it's floating a secondary issue of stock. The company will sell 3.25 million shares, 3 million of which are being unloaded by existing shareholders such as CEO Ethan Brown. At the moment, the company has just over 60 million shares outstanding on the market.

The timing and pricing of the issue have not yet been made public; its lead book-running managers are Goldman Sachs, JPMorgan Chase division J.P. Morgan, and Credit Suisse.

It's not unusual for early(ish)-stage companies like Beyond Meat to post losses that are deeper than expected, so this is likely not the key reason for tonight's investor sell-off. Rather, investors are probably spooked by the share issue, which, although not a serious dilution, does seem rather opportunistic -- Beyond Meat's big IPO was not even three months ago, after all, and the stock had been soaring before today.

The company's stock is currently down by 14% in post-market close trading this evening.

Capital One (NYSE:COF) is the victim of the latest big corporate data breach. Both the company and the Department of Justice (DOJ) announced after market close that the company had been the target of a hack, in which the data of roughly 100 million people in the U.S. and 6 million in Canada was compromised, according to Capital One's analysis.

The alleged perpetrator of the attack, 33-year-old tech worker Paige Thompson, was arrested by the FBI and given an initial hearing in a Seattle court. She is to be held in custody pending another hearing scheduled for this Thursday.

The DOJ's Western District of Washington U.S. Attorney's office said in a statement that, according to the criminal complaint, Thompson made a posting on the IT project-sharing website GitHub stating that she had stolen data from Capital One servers. Another GitHub user notified the company about this, and Capital One alerted the FBI.

Although the number of individuals affected by the hack is sizable, the company said in its announcement that "no credit card account numbers or log-in credentials were compromised and over 99% of Social Security numbers were not compromised."

Most of the data allegedly stolen came from credit card applications. To a lesser extent, the hack affected portions of credit card data, including credit scores, payment histories, and "fragments of transaction data from a total of 23 days during 2016, 2017 and 2018," according to Capital One.

The company said around 140,000 U.S. Social Security numbers of its credit card users were compromised, in addition to around 1 million Social Insurance Numbers of Canadian customers. All told, roughly 80,000 bank account numbers linked to secured credit cards were also compromised.

Capital One stressed that no log-in credentials or credit card numbers were affected by the hack.

Since this seems to be a "not as bad as it could have been" situation, Capital One's stock isn't suffering too much. It's down by a little over 1% in tonight's trading.