Equity markets are rolling these days, and a whopping 837 exchange-listed stocks hit new 52-week highs last week. Some of them have been market darlings all along, but some of them have had to claw their way to the top.

Facebook (NASDAQ:FB), Hasbro (NASDAQ:HAS), and Twitter (NYSE:TWTR) are three of the more surprising investments hitting fresh highs. Let's take a closer look at how the social networking giants and iconic toy maker won back the market.

After a rough 2018 when Facebook came under fire for everything from a lull in usage growth to data privacy concerns, the leading social networking site is back in a good groove. Its audience is growing -- up 8% over the past year -- and revenue rose at a better-than-expected 28% clip. Engagement and more effective monetization find Facebook taking advantage of its gargantuan audience that currently stands at 2.41 billion monthly active users.

The turnaround at Facebook hasn't gone unnoticed on Wall Street. The stock has risen 49% this year, the best-performing megacap of 2019. The shares hit a new 52-week high after last week's blowout quarter, and it's a good trading day from taking out the all-time highs it established last summer. 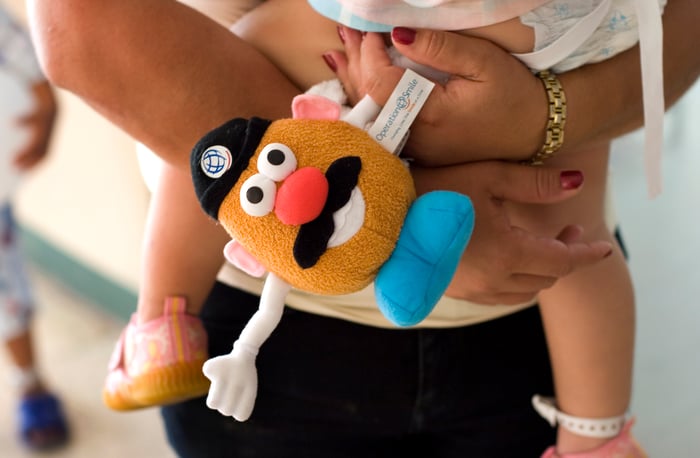 The bearish case on Hasbro has seemed pretty strong in recent years. Kids are playing video games and digital apps, theoretically spending less time and money on conventional playthings. Last year's bankruptcy liquidation of Toys R Us was the icing on the cake.

Take a look at Habsro now. After five consecutive quarters of declining revenue growth, it has recovered with back-to-back quarters of gains. Hasbro's report last week -- the one that sent shares up to a new all-time high -- saw revenue rise 9%, or 11% on a currency-adjusted basis. It may be easy to grow top-line results off of depressed results a year earlier, but for the first time in a year Hasbro is posting higher quarterly revenue than it did two years ago. Hasbro is growing again by blending digital initiatives with its existing franchises and rolling out emerging lines.

Social networking sites are having the mother of all "glow ups" in 2019, and Twitter is another former dot-com laggard that has inched its way back to 52-week highs. Concerns that Twitter was fading in popularity have been laid to rest in recent quarters. Last week's second-quarter financials were fueled by an 18% surge in revenue with a 14% increase in monetizable daily active users.

Twitter seemed to be losing steam a couple of years ago, but now it's a hotbed of breaking news and viral posts. It's where head-turning things happen, and that's a good place to be once you have a firm handle on how to monetize those eyeballs.