Although it will be interesting to see how the company fares in meeting expectations, savvy investors know that there's much more to a company's quarterly performance than just top- and bottom-line metrics. So, let's prepare for the company's report by keying in on some points we can expect management to address. 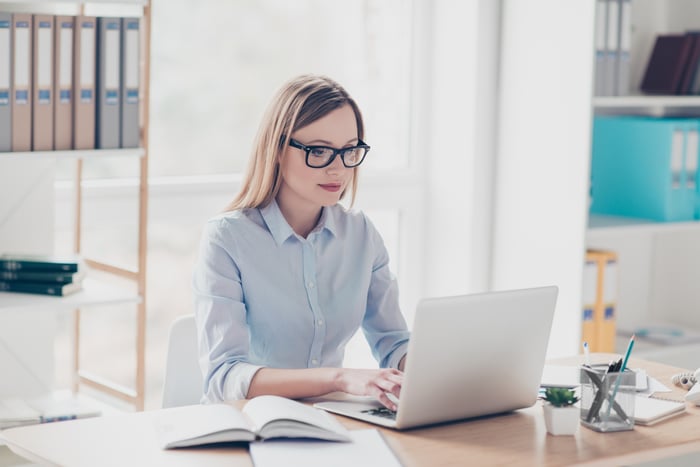 1. A glimpse at the gold pile

Offering investors a peek at the Q2 report, management released preliminary mineral production results several weeks ago. Investors, consequently, have a clear sense of what to expect when the company reports earnings. According to its press release, Eldorado should report gold production of 91,803 ounces for the second quarter, driven by the Lamaque mine's first quarter of commercial production -- a quarter in which it reported more than 33,000 ounces of gold. While investors may be disappointed that Eldorado's gold production in Q2 2019 represents a 7.4% year-over-year decrease, they can take solace in the fact that management reaffirmed its 2019 gold production forecast: 390,000 to 420,000 ounces. If the company achieves the midpoint of this guidance, it will represent a 16% increase over the 349,147 ounces produced in 2018.

Besides confirming the amount of gold production, investors can look for further insight into Lamaque's first quarter of commercial operations by confirming whether gold recoveries are consistent with management's budget of 95%.

Last quarter, one of the blights on Eldorado's Q1 earnings report was the company's reported all-in sustaining costs (AISC) per gold ounce of $1,132. According to management, the culprit for the unexpectedly high costs was the buildup of inventory at Efemcukuru. In Eldorado's preliminary results, management acknowledged that the company has sold the accumulated concentrate, and inventory levels are now normal. Investors, therefore, will want to confirm that Eldorado reports AISC lower than last quarter. The company, after all, doesn't expect that the surprisingly high costs it incurred in Q1 will impede it from achieving its 2019 AISC guidance. In an investor presentation from June, management reaffirmed its expectation that it will report 2019 AISC per gold ounce of $900 to $1,000.

Besides Efemcukuru, investors should watch for what the company reports pertaining to the Olympias mine. According to the preliminary results, Olympias reported lower-than-expected gold production in Q2 "due to limited headings underground as a result of slower than anticipated capital development and a backlog of stopes to be filled." Although management didn't state that this affected the cost profile, it seems reasonable to anticipate that the mine will report costs higher than the $1,284 it reported in Q1.

Surely, one thing that investors will be interested in is whether management addresses any progress in Greece regarding Skouries. Currently, development of the mine located in northern Greece is at a standstill as the company has been unable to resolve differences with the Greek government. But that may soon be changing thanks to the election of the presumably business-friendly New Democracy party in early July. Moreover, Reuters recently reported that following a meeting with Eldorado's executives, Greece's energy minister seemed eager to help Eldorado proceed with the development of the mine, stating in an interview that "We want this investment to come to life. We want to tie up loose ends."

A high-grade gold and copper deposit, Skouries has the potential to bring considerable luster to Eldorado's portfolio. Based on its proven and probable reserves, the mine has an initial 23-year mine life with estimated annual gold and copper production of 140,000 ounces and 66.9 million pounds, respectively.

What to focus on from Eldorado

While it will be important for investors to confirm Eldorado's preliminary reported gold production, the more pressing issue is whether the company succeeded in bringing costs down last quarter -- especially without the burden of the inventory buildup at Efemcukuru. But the thing I'll be most acutely focused on is the progress in Greece. Should management report that Skouries is resuming development, it could significantly move the needle for the company in a much brighter direction.