Shares of Dana (NYSE:DAN) are falling today, down by 9.5% as of 11:17 a.m. EDT, after the auto parts manufacturer reported second-quarter financials that came in short of estimates. However, the results were up year over year, and the company reaffirmed its full-year guidance for 2019.

Dana earned $0.87 per share in the quarter on revenue of $2.31 billion, falling just short of analyst expectations for EPS of $0.89 on sales of $2.35 billion. The per-share results did not include a number of one-time items, including a $258 million one-time pension settlement charge related to the transfer of its plan to third-party insurers, as well as an $87 million net tax benefit driven by the pension termination and foreign tax credits. 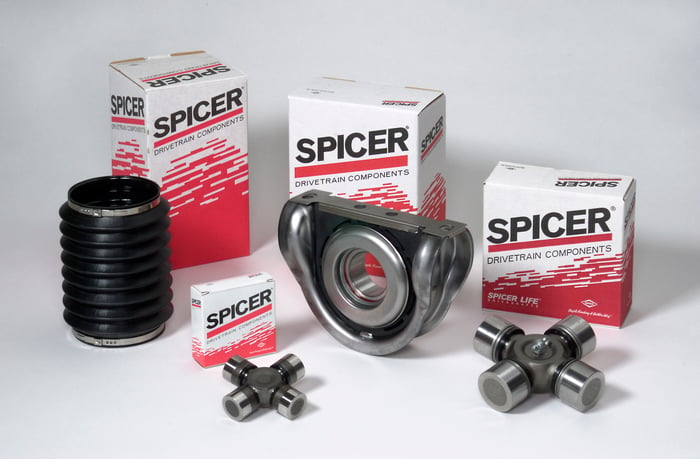 The quarterly results were up year over year. Dana reported adjusted EBITDA of $286 million, compared with $246 million in the second quarter of 2018. Revenue increased $200 million from $2.1 billion last year.

The results come as investors in automakers and their suppliers are increasingly dealing with questions about whether demand has peaked this cycle. Dana CEO James Kamsickas said in a statement that despite those concerns, the powertrain specialist is performing well.

"Due to stable end markets, our strong sales backlog, and accretive acquisitions, we increased sales by 12 percent over last year and achieved improved margin performance," Kamsickas said. "Our intense focus on customer satisfaction and cost discipline, combined with steady organic and inorganic growth is positioning us to finish the year strong."

Dana kept its outlook for the full year intact, forecasting adjusted earnings between $2.95 and $3.45 per share on revenue between $8.95 billion and $9.35 billion. Analysts heading into the second-quarter report were expecting $3.31 per share in earnings on sales of $9 billion.

It is a risky time to be bullish about the automotive sector, but Dana has the foundation in place to be a long-term winner. For those with a long enough time horizon, today's sell-off could be an enticing buying opportunity.