Automatic Data Processing (NASDAQ:ADP) closed out its fiscal 2019 year with mid-single-digit revenue growth and appreciably higher net income thanks to significant one-time charges in the comparable prior-year period. ADP's ongoing productivity program, which it refers to as a set of "transformation initiatives," figures prominently in its outlook for fiscal 2020, as the company seeks to reap the benefit of its efforts over the last four quarters. As we parse through the quarter's details and ADP's outlook below, note that all comparative numbers are presented against those of the prior-year quarter.

What happened at ADP this quarter? 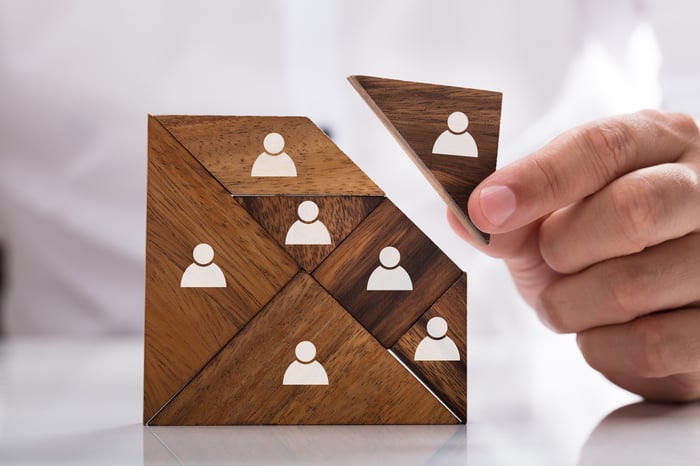 In ADP's earnings press release, CEO Carlos Rodriguez placed the quarter in the context of the company's efforts to improve customer-facing technology and sharpen business operations while enlivening its brand in the marketplace:

This quarter represented a solid finish to a strong year. We are pleased that we have balanced our financial growth objectives with a number of operational priorities. We continued to successfully execute on our transformation initiatives, launched a new brand campaign, and made significant progress on our next generation platforms as we stay focused on creating long-term shareholder value.

CFO Kathleen Winters also commented on ADP's transformation initiatives, which encompass service enhancement, as well as voluntary early retirement and the discretionary trimming of ADP's workforce: "ADP remains committed to reinvesting in its product, distribution, and service to drive sustainable growth. ... [W]e are moving forward with our transformation initiatives as we look to both simplify the organization and enhance our competitive positioning."

Automatic Data issued its fiscal 2020 outlook alongside earnings on Wednesday. The company's guidance framework anticipates 6% to 7% growth over fiscal 2019 revenue of $14.75 billion. Adjusted EBIT margin is expected to rise 100 to 125 basis points against 2019's 22.3% margin. Finally, management is targeting 12% to 14% growth over adjusted diluted 2019 earnings per share of $5.45.

The cumulative impact of transformation initiatives underpins ADP's expected double-digit growth in adjusted earnings in fiscal 2020. Not only is the company a bit leaner going into the new year from a workforce perspective, but it also will book fewer charges against earnings related to transformation exercises. In fiscal 2019, ADP accumulated $138 million in pre-tax charges due to transformation initiatives. In fiscal 2020, at least in its preliminary guidance, management sees that number decreasing to $30 million -- which should prove a much smaller weight on the bottom line.