Please ensure Javascript is enabled for purposes of website accessibility
Log In Help Join The Motley Fool
Free Article Join Over 1 Million Premium Members And Get More In-Depth Stock Guidance and Research
By Brian Feroldi – Aug 2, 2019 at 6:47AM

The medical device maker dials back on its growth projections after another tough quarter.

The company is still trying to undo the damage caused in February by a confusing letter sent by the Food and Drug Administration to healthcare providers related to Abiomed's Impella RP pump. The FDA issued another letter in May stating that the Impella RP was safe and effective, but the company hasn't had enough time to spread the update. That caused it to report decelerating revenue growth for the second quarter in a row, and management reined in its full-year revenue guidance in response. 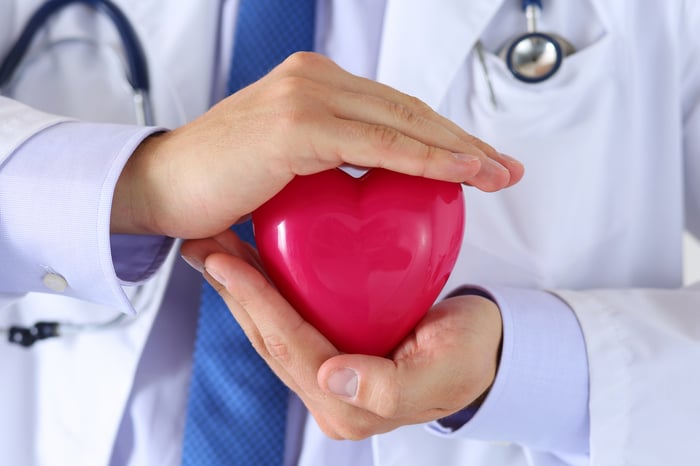 CEO Michael Minogue asked shareholders to be patient while the company works through its short-term issues: "In Q1, we implemented new training programs, organizational changes in distribution, and launched external initiatives that will require time to drive more growth in the future. We are confident in our ultimate global adoption because we know that our innovation improves clinical outcomes and patient quality of life."

The weak quarterly results caused management to pull back on its financial guidance for fiscal 2020:

Abiomed's stock fell by more than 28% in the trading session following this earnings release. Traders are clearly not happy with the weak quarterly results and guidance cut, especially since management already stated that it has taken the appropriate steps to address the issue.

Minogue knew that this quarterly report wasn't going to be well received on Wall Street, so he ended his prepared remarks on the call with investors by restating his belief that the company remains as strong as ever:

Today, there is no other product like Impella and no other FDA approvals for this patient population. As a company, we remain financially prudent and profitable with $527 million in cash, no debt, and an IP platform that now encompasses over 700 patents with nearly 600 pending. We believe that Impella adoption is a function of training, data, and time, and we remain dedicated to our mission and improving the standard of care.