Shares of El Pollo Loco Holdings (NASDAQ:LOCO) gained 13.4% on Friday following the release of the fast-casual restaurant chain's second-quarter earnings report after market close on Thursday. The grilled chicken and burrito specialist reported sales of $113.7 million, up 1.9% from last year, and earnings of $0.37 per share, nearly three times the $0.13 per share it banked in Q2 2018.

News of the company's big jump in earnings needs to be served with a generous portion of context on the side. In Q2 last year, El Pollo Loco took $4 million in pre-tax expenses related to three restaurants it closed, and in this year's quarter, it benefitted from a $10 million gain from insurance proceeds. In other words, the GAAP -- generally accepted accounting principles -- results from both periods were a bit skewed from the restaurant operator's operating results. 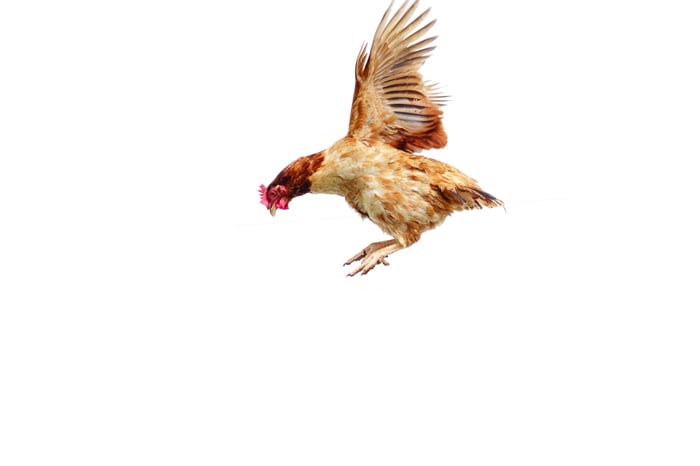 When adjusting for the one-off benefits and expenses, El Pollo Loco's non-GAAP "pro forma" net income was $0.23 per share in Q2 2019 year versus $0.22 per share in Q2 2018. In other words, it didn't deliver a big financial improvement from its operations.

The chain continues to struggle to increase traffic in its locations. It reported 0.4% comps growth in company-owned stores, but even that tiny amount of growth was the product of higher prices, and came in spite of declining traffic. The company reported a 3.1% increase in the average comp check, while the number of comparable transactions fell 2.7% in the quarter.

In other words, Friday's big stock price jump wasn't propelled by exceptional results, but by the company beating low expectations. Frankly, El Pollo Loco has work to do on improving profits, and one way it will attempt to do that will be by selling some company-owned restaurants to franchisees; CFO Larry Roberts highlighted the sale of 11 such restaurants during the quarter on the earnings call. That's going to cause reported revenue to fall as its consolidated results shift from fully recognizing restaurant sales to only recognizing the portion it earns from franchisees.

In summary, I love El Pollo Loco the restaurant, but I think investors can find better places for their money right now. Friday's big jump was nice for those who already owned shares, but for those who don't, this would be a good time to sit back and watch to see if management can find a strategy that delivers more traffic and net income.