Revenue in the second quarter came in at $95.5 million, with bookings of $101.9 million. Q2 bookings were at the high end of guidance, which had called for bookings of $100 million to $102 million. Gross margin was 64.6%, and Glu posted net income of $2.5 million, or $0.02 per share. The company launched WWE Universe and Diner DASH Adventures worldwide during the quarter. 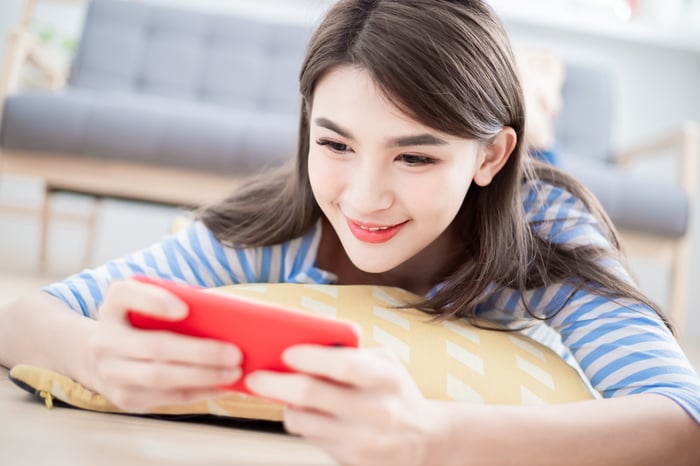 In the second quarter, Glu had its highest bookings quarter ever driven by double digit year-over-year growth in all three of our Growth Games and we launched two exciting new titles -- WWE Universe and Diner DASH Adventures. We are particularly encouraged by the strong early performance from Diner DASH Adventures, a Glu original IP game, and the progress we've made on our pipeline of potential Growth Games, including Disney Sorcerer's Arena. In the second half of the year, our focus will be on enhancing our live titles with new features and continuing to fine-tune our pipeline of potential Growth Games. We believe that this strategy will help build momentum in the second half and set us up for strong results in 2020.

However, investors were rattled by Glu's reduced outlook, which CFO and COO Eric Ludwig attributed in part to "reflect the timing of new launches, contribution from newly launched titles and incremental UA investment to take advantage of favorable ROI opportunities."

Full-year 2019 bookings are now expected to be in the range of $406 million to $410 million, a significant reduction compared to the forecast provided in May that pegged bookings at $445 million to $455 million. Bookings in the third quarter should be $110 million to $112 million.