Shares of ASML Holding (NASDAQ:ASML) rose 10.4% in July, according to S&P Global Market Intelligence. The Dutch semiconductor equipment maker benefited not only from a general recovery in semicap equipment stocks but also from the increased use of ASML's proprietary EUV lithography technology.

EUV technology, of which ASML is the sole provider, is an essential tool for production of leading-edge 7-nanometer logic chips. Last quarter, ASML derived two-thirds of its bookings from the foundry and logic industry, which is projected to grow this year, while the memory sector, where ASML derives the other third of bookings, is still struggling. 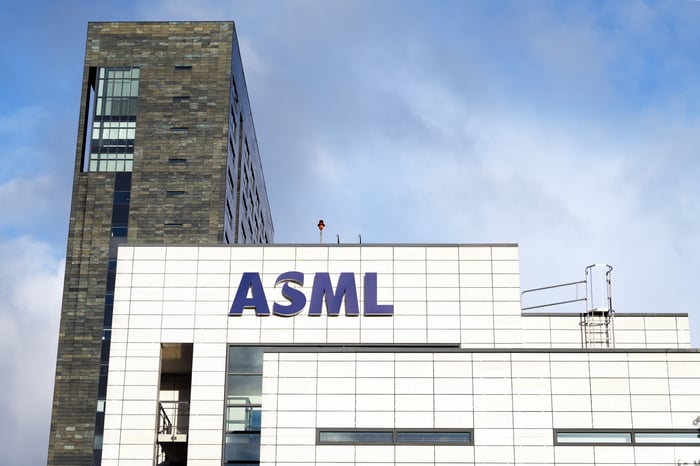 In July, ASML reported $1.27 in second quarter earnings, which handily beat analyst expectations of $1.07. The second-quarter earnings report also displayed strong sequential growth, meaning ASML should be past the trough of the current cycle.

In addition, ASML guided for revenue of 3 billion euros for the current third quarter, which would mark another sequential increase from last quarter's 2.57 billion euros and even a 10% year-over-year increase as well.

The future picture is somewhat mixed for ASML. New tariffs on China and macroeconomic uncertainty are weighing on the industry. However, key ASML customer Taiwan Semiconductor Manufacturing (NYSE:TSM) recently said demand for leading-edge 7nm nodes is stronger than expected, thanks to the buildout of 5G technologies.

Thus, ASML's technological leadership and the secular trend toward more advanced semiconductor chips is running into the cross-current of trade war headwinds. Investors in ASML and other semicap equipment stocks should monitor both developments.