The server company got a boost of confidence on increasing PC sales, though escalating trade tensions have reversed the move in August.

Shares of Dell Technologies (DELL 3.51%) surged 13.7% in July, according to data from S&P Global Market Intelligence, as the server and PC maker got a boost of optimism related to an upturn in the hardware cycle.

Though the market has turned for the worse in recent days, July was a good time for the technology sector. The thawing of trade tensions at the G20 summit in Japan led to hope that the current tech down cycle may be turning. In addition, a mid-July report showed the PC market actually grew 1.5% to 63 million units in the second quarter. Growth has been somewhat rare for the PC market, but an enterprise update to Windows 10 software, combined with an easing CPU shortage for Intel (INTC 3.06%) processors, has spurred growth in the mature tech sector. 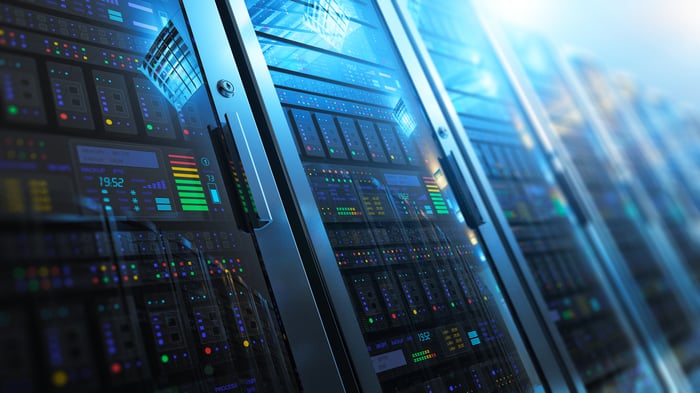 Rakers is referring to the fact that Dell is not only a PC and server maker, but also has majority stakes in software companies VMware (VMW 0.90%) and Pivotal Software (PVTL), as well as security provider SecureWorks (SCWX 2.31%). He thinks the conglomerate can allow the company to pivot toward the areas with the most growth.

Dell had nearly reached Rakers' price target level earlier this year, before its May earnings report sent shares reeling. The company actually beat earnings expectations at the time, but revenue came up short. Apparently, the light revenue was enough to spook investors looking for signs of a recovery for Dell's products. Investors will get another glimpse into the company's financials when it reports on Aug. 29.

Dell Stock Cratered Today: Is It a Buy?