Please ensure Javascript is enabled for purposes of website accessibility
Log In Help Join The Motley Fool
Free Article Join Over 1 Million Premium Members And Get More In-Depth Stock Guidance and Research
By Tyler Crowe – Aug 6, 2019 at 10:43AM

The Canadian midstream giant's earnings results were respectable, but the news of an explosion on its Texas Eastern natural gas line leaves some unanswered questions.

Enbridge (ENB -4.16%) was looking like it was on the up and up during its last quarterly report, which showed off what its results look like as a single entity. It was making progress -- albeit slow progress -- on expanding its flagship main-line oil pipeline system, and its balance sheet was looking healthier by the day.

Instead of celebrating another good quarter, though, Enbridge is facing issues related to an explosion at one of its natural gas lines in Kentucky, the consequences of which are not yet known. Let's take a look at the most recent quarter and what investors can expect now that it is facing another pipeline nightmare. 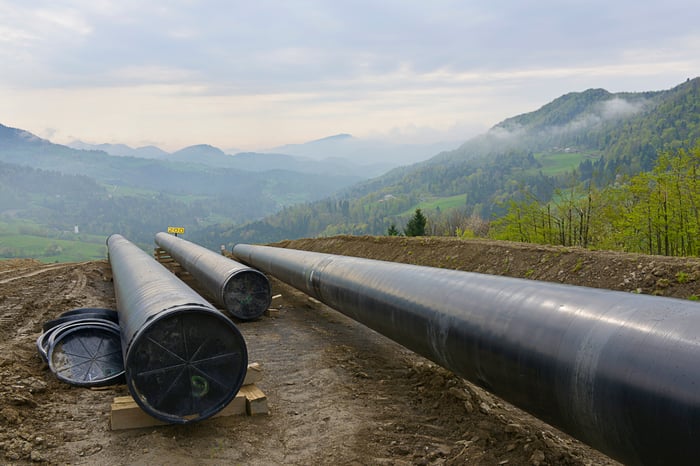 Thanks to Enbridge's consolidation plan that brought all of its subsidiary partnerships under one roof, it is much easier to see what is going on at each of the company's various segments without all the financial clutter. This past quarter, the company benefited largely from a new tariff regime for its liquids pipelines and some one-time gains in its energy services segment.

New CFO Colin Gruending noted on the conference call that some of these gains were unique, and investors should expect second-half numbers to be down slightly, especially in its energy services segment. 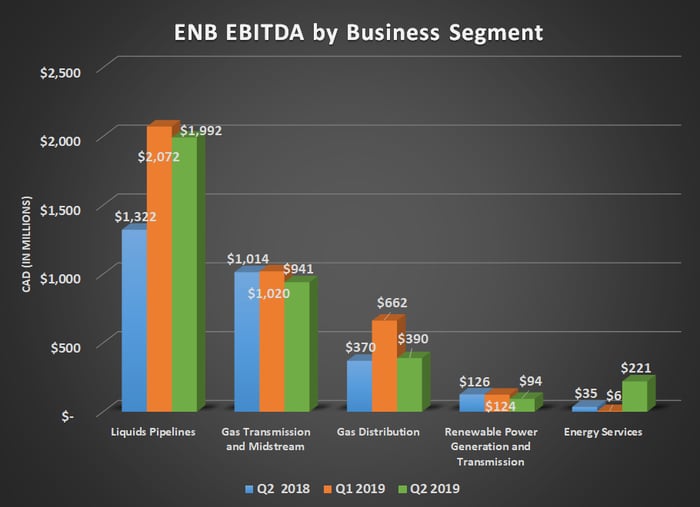 While the recent pipeline explosion is likely going to loom over the company for some time, management spent quite a bit of time discussing some new investments in offshore wind. After selling stakes in several of its wind facilities to clean up the balance sheet, Enbridge is now looking at some large-scale offshore wind facilities in Europe. Here's CEO Al Monaco discussing its newest project off the coast of Saint-Nazaire in France and its intention for more projects coming soon.

We have three late-stage development projects in France. All three have just cleared permitting and we are recently awarded another PPA [power purchasing agreement]. This week, we've FID'd [reached final investment decision] the first one of these in the queue Saint-Nazaire, with our partner EDF, this is the one on the North West Coast that you see on the slide.

Our $1.8 billion investment comes with a mid-teen return. But what we really like about it is that PPA comes with better protection for wind production variances. So you've got excellent transparency to cash flow and this is actually a very unique PPA structure. Importantly, this is a project finance, which results in minimal equity requirement by us of about $300 million equivalent. So it's easily falling within our self-funding plan and we'd expect to be generating cash flow by late 2022. Moving forward, Saint-Nazaire makes two other permitted French projects more likely to be FID ready over the next 12 to 18 months. 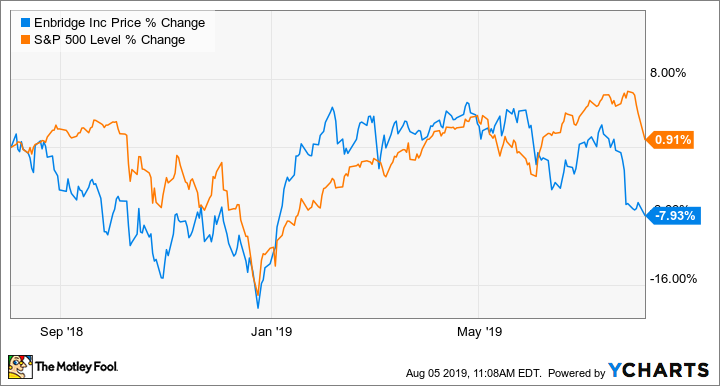 Enbridge's announcements for some new natural gas and renewable projects are a welcome sign, because the expansion of its mainline system will make its liquids pipeline business segment even more dominant than it is today. Adding some revenue diversity should help to offset any future issues with its oil pipelines.

The recent gas line explosion is a hard-to-quantify variable right now that could potentially lead to some big expenses related to fixing the line. That could take some time, though, so investors should keep an eye out for any updates on this incident and what may be needed to both fix this line and assuage concerns from communities regarding other Enbridge pipelines.