Shares of the pet-food company slipped because of a weak bottom line in its quarterly report.

Shares of Freshpet (FRPT 3.46%) were getting sent back to the kennel today after the seller of refrigerated pet food posted a wider-than-expected second-quarter loss. Today's sell-off came in spite of a better top-line result than analysts were looking for and an increase in guidance. 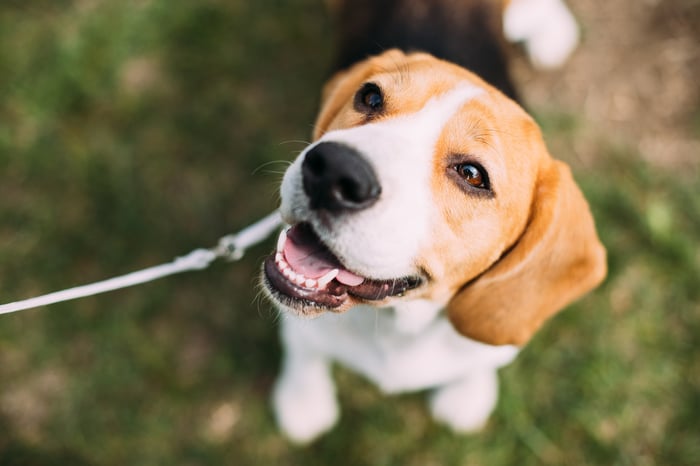 Freshpet saw sales jump 26.1% in the quarter to $60.1 million, which the company credited to "velocity, innovation, and distribution gains."  That result also beat expectations at $59.6 million.

However, adjusted gross margin fell from 51.4% to 48.5%, a sign the company is struggling to convert increasing sales into profits. Management said the slimmer margins were caused by increased production and processing costs, and higher ingredient and freight costs. The company also stepped up advertising spending to support its long-term growth, but that also ate into profits for the quarter.

On the bottom line, under generally accepted accounting principles (GAAP), Freshpet posted a loss per share of $0.16, weaker than a loss of $0.10 a year ago, and worse than expectations of a $0.07 loss.

CEO Billy Cyr summed up the performance: "Our second-quarter results demonstrate continued momentum behind our Feed the Growth strategy. Our strategic advertising investment drove our strongest gains in household penetration and retail availability in several years, giving us tremendous confidence that Freshpet is still in the puppy stage -- with significant growth ahead."

Considering that management raised its full-year guidance and the losses seemed to expand due to investment in long-term growth initiatives, the sell-off was surprising. The company upped its revenue estimate for the year to greater than $244 million, representing 26% growth, better than its previous forecast of more than $240 million. It also raised its full-year adjusted EBITDA guidance by $1 million to at least $29 million.

Pet food stocks have been hot in recent years as General Mills bought out Blue Buffalo for $8 billion last year, and Chewy made a big splash in its IPO in June. Freshpet has also been a standout performer, as the stock has more than tripled over the last three years.

Investors may be tempted to tuck in their tails after today's sell-off, but top-line growth takes priority over the bottom line for a long-term growth stock like this. There's no reason to run after today's news.