Shares of TransDigm Group (NYSE:TDG) have been on a tear this year -- up 25% over the past 52 weeks. The stock got another boost on Tuesday, rising 14% by 1:30 p.m. EDT after the maker of airplane parts reported a big fiscal third quarter -- and an even bigger "special dividend."

For its fiscal third quarter, TransDigm reported net sales of $1.66 billion, which was up 69% from last year's Q3 and nearly $100 million more than the $1.58 billion that Wall Street was expecting.

Profit on those revenues was also pretty great. Instead of the $4.30 per share in pro forma profit that Street analysts had predicted, TransDigm said it earned $4.95 "adjusted" for one-time items, which was 23% better than last year.

Actual earnings reported under generally accepted accounting principles (GAAP), though, were only $2.57 per share, down 34% from last year's Q3. 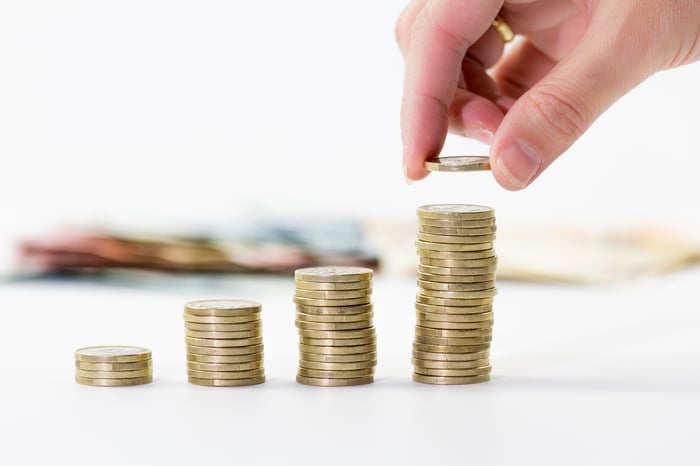 So TransDigm's earnings were either up, or down, depending on how you count them. One thing that is beyond dispute, though, is the fact that TransDigm announced it will pay its shareholders a "special cash dividend of $30.00 on each outstanding share of common stock," and it will pay out that cash on Aug. 23.

The potential to receive that payout should convince TransDigm investors to hang onto their shares for another couple of weeks at least, even if they're at all worried about the decline in GAAP profit. Another thing that might keep them hanging around even longer is the company's guidance.

GAAP profit, for those who still care about real numbers, will be down 18% to about $13.35 per diluted share.