Shares of Yeti (NYSE:YETI) gained 20.1% in July, according to data from S&P Global Market Intelligence. The stock moved higher early in the month amid pre-earnings excitement and momentum for the broader market, and it saw more pronounced gains following favorable analyst coverage. 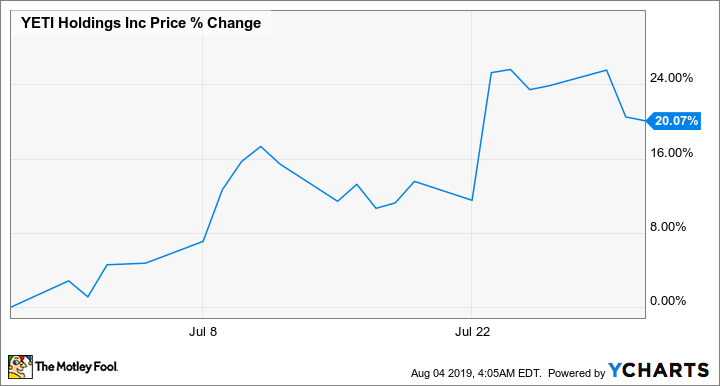 Cowen and Company published a note on July 23, raising its target on Yeti stock from $35 to $37 ahead of the company's earnings release on Aug. 1. Yeti stock has also seen heavy short interest, so increased bullish sentiment and positive news and results have tended to push short-sellers into covering their positions -- working to push the stock higher. 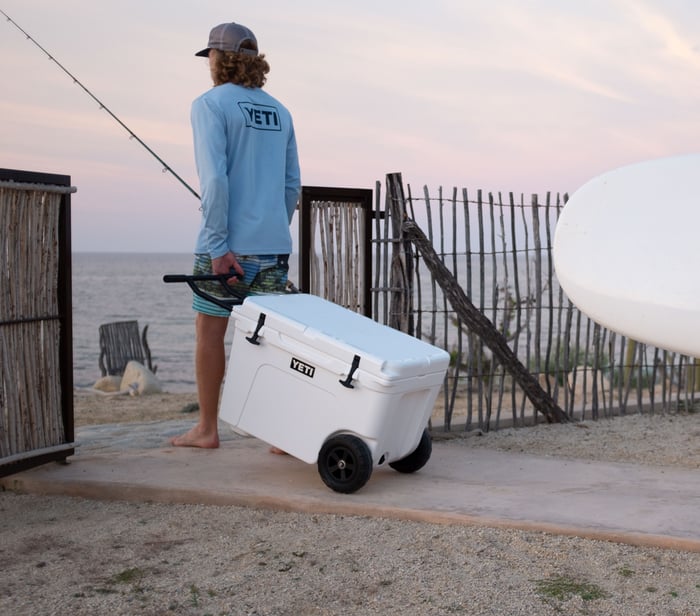 Yeti's sales jumped roughly 12% in the second quarter, reaching $231.7 million, and adjusted earnings per share came in at $0.33. These results topped the average analyst estimate, which had targeted revenue of $224 million and earnings per share of $0.30. Direct-to-consumer sales (an important revenue stream because it tends to be relatively high margin and reduces Yeti's dependence on third-party retailers) went up 36% to reach $144.2 million. However, the stock has trended lower following the earnings release.

The stock has given up July's gains early in August trading, with shares dipping roughly 15% this month so far. Its share price fell after its second-quarter earnings release and guidance. Management actually raised its target for annual sales growth to between 13.5% and 14% -- up from the previous target of between 11.5% and 13%. It also hiked its non-GAAP (adjusted) EPS target to $1.07 and $1.09 -- up from its previous target for earnings per share between $1.02 and $1.06.

Following news of the Trump administration's plan to levy a 10% import tariff on remaining Chinese imports starting in September, Yeti reaffirmed its full-year targets and stated that it does not expect business for the year to be impacted. However, the ongoing trade disputes between the U.S. and China create added uncertainty for the business, and its post-earnings stock decline also corresponded with sell-offs for the broader market.