Shares of oil and gas midstream company Enlink Midstream (NYSE:ENLC) are down 10.8% as of 12:45 p.m. EDT today. The stock drop comes after the company reported second-quarter earnings after trading ended yesterday and announced that its CEO is stepping down.

After the close yesterday, Enlink announced a second-quarter net loss of $0.03 per share. Adjusting for a non-cash writedown in the quarter, the company reported net earnings of $0.05 per share. Not only was this below analyst expectations for the quarter but it's also down compared to this time last year. 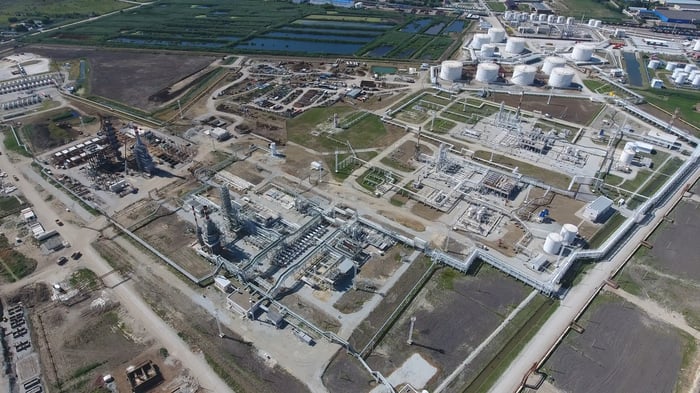 A drop in net income isn't necessarily a bad thing since Enlink is an oil and gas logistics and processing company. Companies like this tend to have high amounts of depreciation, so cash generation is king. Unfortunately, that situation wasn't much better. Adjusted earnings before interest, taxes, depreciation, and amortization (EBITDA) for the quarter was $259 million, which was less than what it earned in the same quarter last year.

Also, in an abrupt change of pace, the company announced that executive chairman Barry Davis will resume the role of CEO effective immediately after current CEO Michael Garberding will leave to "pursue other opportunities."

You can read a full transcript of Enlink Midstream's conference call here.

Whenever there's an immediate CEO departure, it's rarely because that person found a can't-miss opportunity and needs to leave immediately. Chances are he stepped down because something wasn't going according to plan. Considering that Garberding took over as CEO less than two years ago from Davis, there was likely some boardroom trouble simmering under the surface. 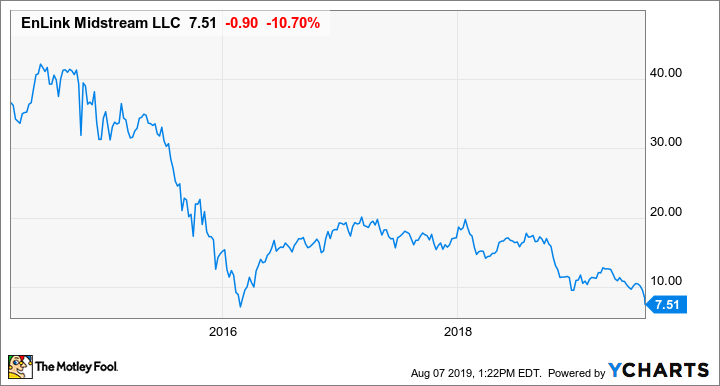 Enlink wasn't exactly a great-performing stock before this little boardroom kerfuffle, and Davis' tenure didn't produce results that investors were happy with when he was CEO, either. This stock has a lot to prove before investors will want to seriously consider it.