Auto-auction firm KAR Auction Services (NYSE:KAR) said on Aug. 7 that its second-quarter net income from continuing operations fell 27% from a year ago, to $27.4 million, on lower margins in its core auction business, and expenses related to a corporate spinoff in June. Revenue rose 15% to $719.1 million.

Shares fell sharply after the news was announced. 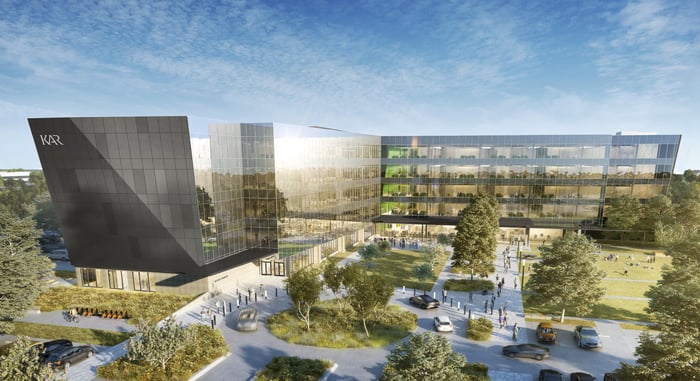 What happened at KAR Auction Services in the second quarter?

What KAR's management had to say

In a conference call with analysts, CEO James Hallett said that the spinoff of IAA will now allow KAR to focus on its core business of remarketing used vehicles, which in turn should unlock more value for KAR shareholders over time:

Investors have expressed support for a more focused and somewhat simpler business model for KAR. Now, I believe we need to demonstrate the strength of KAR to our shareholders as we look to grow earnings, consistently generate strong free cash flows, and provide performance that will cause our investors to recognize the value of our business in the higher multiple that we believe our business deserves.

KAR maintained the full-year 2019 guidance it provided before the IAA spinoff was completed in June. For 2019, it expects: