Roku (NASDAQ:ROKU) has been a standout performer in 2019, as the stock had soared more than 234% going into its second-quarter earnings report. The company's better-than expected results sent shares even higher, up more than 20% on the day following Roku's financial release.

Revenue grew to $250 million, up 59% year over year, easily topping the high end of managements guidance and analysts' consensus estimates, as both peaked at about $225 million. Even more unexpected was the acceleration from the 57% growth in the prior-year quarter. The bottom-line results were also surprising, with a loss per share of $0.08, far better than expectations for a loss of $0.22.

Management provided a wealth of valuable information to shareholders on the conference call to discuss the results. Here are a few of the most important takeaways. 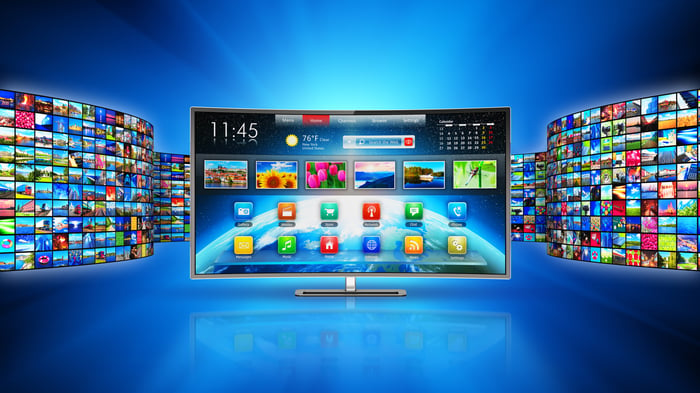 Roku CEO Anthony Wood laid out a couple of important benchmarks the company achieved during the quarter.

First, active accounts surpassed 30 million. Taken without context, that number would be impressive itself. However, Wood revealed that Roku "reached one in five U.S. households, and our domestic scale rivals the biggest [multichannel video programming distributors]." Now that the company has the same reach as the largest cable and satellite providers, Roku devices are being used by about 20% of the domestic population.

Second, each of the company's viewers is becoming more lucrative. Average revenue per user (ARPU) is soaring, topping $20 on a trailing-12-month basis. To put this into context, ARPU has expanded 88% in the two years since Roku went public.

2. Advertising is a massive and growing opportunity

While many investors are aware of Roku's signature streaming devices, many may not know that the company now makes the bulk of its revenue from advertising. Not only does Roku use its platform to offer access to programming from other sources, it also provides consumers with The Roku Channel, its homegrown ad-supported streaming service (which is also available online and via iOS and Android devices).

All this adds up to a host of opportunities to place advertising in front of viewers. Roku doesn't break out what it makes from ads, but Wood said, "Roku monetized video ad impressions, once again more than doubled year over year, and we expect that trend to continue throughout 2019."

Last year, Roku's total revenue topped $742 million, and eMarketer estimates that more than $293 million of that total came from advertising, an increase of 93% year over year. That number is expected to exceed $476 million in 2019, up 62%, making Roku one of the leading over-the-top advertising sellers in the country.

Because Roku sports more than 30 million active accounts and a growing body of information about what its viewers watch, the company provides advertisers with a high degree of confidence that they're reaching the right consumers with their ads.

As advertising budgets continue to migrate from traditional TV to ad-supported streaming, Roku is perfectly positioned to continue to benefit from the trend. 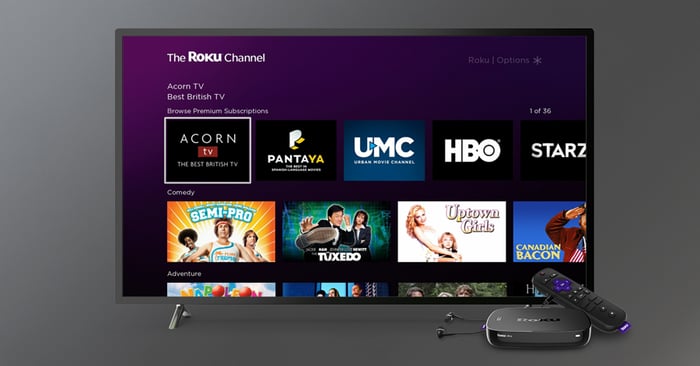 3. A growing base of Roku-powered devices

Roku streaming devices are its flagship product, but the company reaches a large and growing swath of consumers via connected TVs. While many manufacturers use a modified mobile app as the basis for their connected TV operating system (OS), Roku designed one specifically for the task, and a growing number of TV manufacturers are using the Roku OS in their connected TVs -- rather than having to develop and maintain one in-house.

That strategy was brilliant and is reaping huge dividends. As Wood said, "One in three smart TVs sold in the U.S. are Roku TVs." This gives the company not only additional eyeballs for its advertising, but increases its treasure trove of data, which helps make the ads more relevant to the viewers who are seeing them.