Please ensure Javascript is enabled for purposes of website accessibility
Log In Help Join The Motley Fool
Free Article Join Over 1 Million Premium Members And Get More In-Depth Stock Guidance and Research
By Keith Noonan - Aug 9, 2019 at 9:22AM

The streaming video company's share price is now up nearly 300% year to date.

Shares of Roku (ROKU 11.82%) gained 14.1% in July, according to data from S&P Global Market Intelligence. The stock benefited from increasing bullish sentiment driven by strong results and broader market momentum. 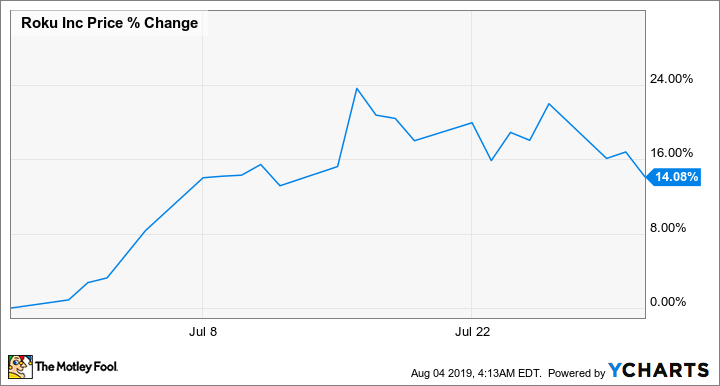 Stocks rallied in July. Roku stock has been hot thanks to strong performance for the business's ad-driven streaming network segment and the strong position in the streaming hardware market. Momentum in July helped the stock reach a record price, and the company's strong earnings report in August has once again pushed the stock to a new record. 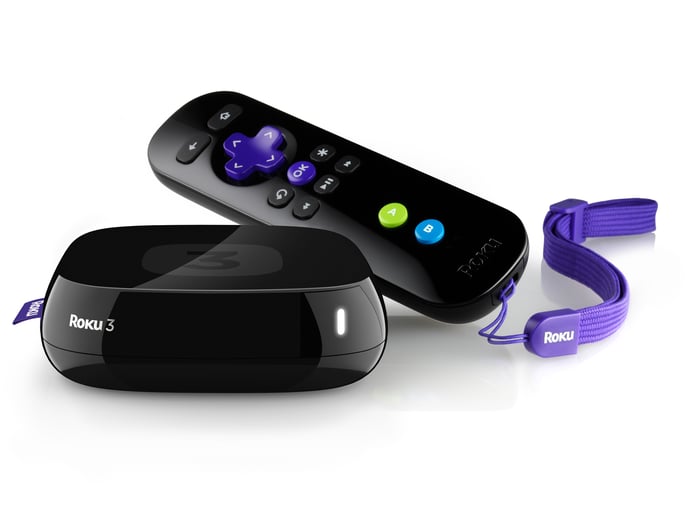 With the market having posted big gains since the sell-offs in 2018's final quarter and strong momentum for Roku's business, it's been a terrific year for the streaming company's stock. Roku has managed to turn its streaming content network into a formidable growth engine, and partnerships with television manufacturers and strong sales for its stand-alone set-top boxes are helping the business deliver rapid sales growth. The company has strung together a series of impressive earnings reports, and investors are betting that the company will continue to be a big beneficiary of the consumer transition to streaming services.

Roku published second-quarter earnings on Aug. 7, and its stock is up roughly 18% in the month's trading so far. 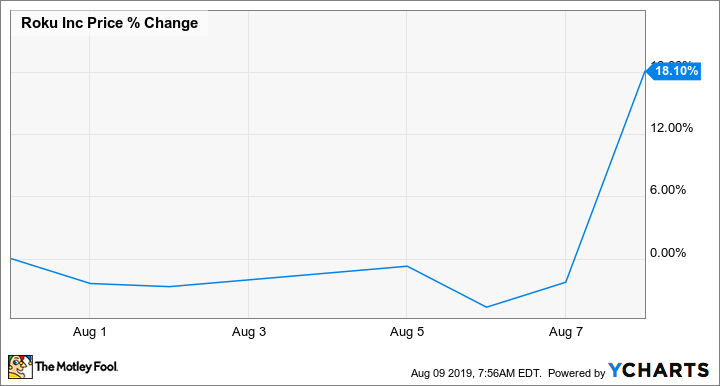 Sales for the quarter rose 59% year over year to reach $250.1 million and top the average analyst estimate call for revenue of $224 million. The company's loss per share arrived at $0.08 -- improving from a $0.10 in the prior-year quarter and trouncing the average analyst estimate's target for a loss per share of $0.23. Platform revenue rose 86% year over year, hitting $167.7 million, average revenue per user rose $2 compared to the first quarter of 2018, and the company added 1.4 million active accounts in the quarter -- bringing its total to 30.5 million at the end of June.

For the third quarter, Roku is targeting revenue between $250 million and $255 million and a net loss between $34 million and $40 million. The company also raised its annual revenue growth rate target to 46% (up from 40%), working out to a midpoint revenue target of $1.085 billion.

Why Roku Stock Is Rising Today