Shares of Skechers (NYSE:SKX) climbed 20.5% in July, according to data from S&P Global Market Intelligence, after the footwear specialist released impressive second-quarter 2019 results and followed with an exciting new basketball-centric partnership.

On the former, Skechers stock popped 12% on July 19 alone -- the first trading day after its quarterly update hit the wires. It showed that revenue had increased 10.9% to $1.259 billion, translating to nearly 70% growth in net income per share to $0.49. Based on Skechers' latest guidance leading into the report, most investors were only looking for EPS of $0.30 to $0.35 on revenue of $1.2 billion to $1.225 billion. 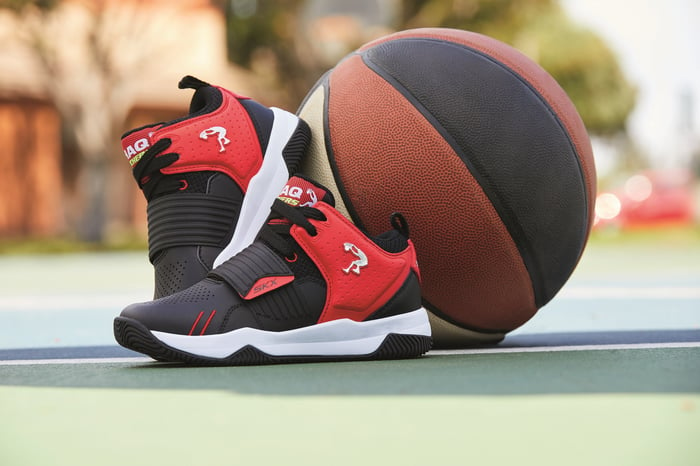 CEO Robert Greenberg noted the company is increasingly viewing its business through a "global lens as trends are traveling faster."

"Specifically, many of our key product styles are introduced at virtually the same time around the world, with nuances in certain markets, giving us the ability to replicate our success around the globe," Greenberg said. "In the second quarter, we saw this with the broad acceptance of our women's and men's sport and streetwear lines, as well as with the resurgence of our GOwalk collection and our fresh new Skech-Air styles."

Skechers also told investors to expect third-quarter revenue of $1.325 billion to $1.35 billion, with earnings per share ranging from $0.65 to $0.70. The midpoints of both ranges are comfortably ahead of consensus estimates for earnings of $0.65 per share on revenue of $1.31 billion.

Later in the month, Skechers also struck an intriguing collaboration with Shaquille O'Neal to launch a new line of basketball shoes for children -- a move that could signal broader aspirations to try its hand at the lucrative (and highly competitive) basketball footwear niche.

That said, Skechers' stock has already given back much of last month's gains in the first week of August, in part due to escalated trade tensions with China that threaten to take a significant bite out of the broader footwear industry's profits. Nonetheless, Skechers still marches well above where it started July, thanks to its relative outperformance in the second quarter. And without minimizing the potential impact of U.S.-China trade relations, I think shareholders should be more than pleased with where it stands today.