Is Roku now a better video-streaming play than Netflix?

So far this year, Needham analyst Laura Martin's call from December 2018 that Roku (ROKU -0.64%) was the "Top Pick for 2019" has proven prescient: Shares are up roughly 340% year to date. The longtime bull has put out another research note this morning, with Martin boosting her price target on the stock to a new Street high of $150, up from $120.

The analyst reiterated her buy rating and even went as far as to argue that Roku is now a better pick for video streaming than almighty Netflix (NFLX 0.23%). 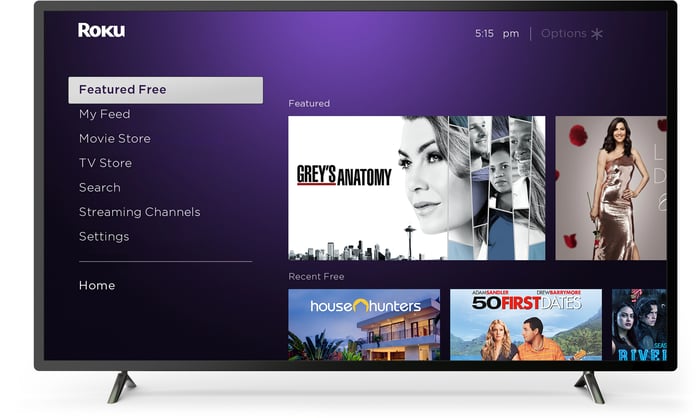 Martin notes that Roku and Netflix sport comparable valuations, with both stocks trading around eight times EV/2020E revenue. However, the streaming landscape has shifted dramatically in recent years, and Needham believes Roku is now better-positioned to capitalize on the streaming wars as an agnostic platform.

A slew of telecommunications/media and tech companies will be launching subscription services over the next couple of years, which will threaten Netflix's dominance, while Roku is set to take a cut of any subscriptions it sells on its platform. Those revenue-sharing arrangements potentially represent upside to current forecasts for Roku's revenue in the years ahead, in Martin's view.

The real test will be how many new services consumers are willing to add to their monthly budgets, and whether Netflix can remain an indispensable part of the mix. It's worth noting that Netflix recently reported a drop in U.S. subscribers -- the first in nearly a decade -- following a price increase. Needham believes that Netflix "has the most to lose unless you believe that US homes will add 3, 4 or 5 new [subscription video on demand] services."

Meanwhile, Roku continues to aggressively grow its advertising business, giving it exposure to both the ad-supported and paid segments of the booming market. "In addition, robust growth in advertising continued as Roku monetized video ad impressions once again more than doubled year over year, and we expect that trend to continue throughout 2019," CFO Steve Louden said on the earnings call last week.

Martin believes that Roku's platform reaches 80 million users in the U.S., a massive number of eyeballs that advertisers want to get in front of. Roku now has over 30 million active accounts, but many accounts are shared within a household across multiple users and devices.

Roku raised its full-year forecast last week, and the midpoint of the company's 2019 revenue guidance is now $1.085 billion. Gross profit for the year should be $485 million, up from the previous outlook of $470 million. Adjusted EBITDA is now expected to be $30 million to $40 million.