BlackLine (NASDAQ:BL) is a cloud-based, software-as-a-service (SaaS) company that automates accounting processes that have traditionally been labor-intensive and tedious. BlackLine's products also allow enterprises to have access to real-time data, rather than wait for monthly or quarterly reconciliations.

When the company recently reported its 2019 second-quarter earnings, shares jumped on the news, trading up more than 31% the day after the results were released. In Q2, revenue rose to $69.7 million, a 26% increase year over year, and non-GAAP net income grew to $6.1 million, a 1,120% increase year over year (though it should be pointed out that the percentage looks so gaudy due to the incredibly small base it was growing from in last year's second quarter). The company's adjusted gross margin for the quarter was 82.7%. 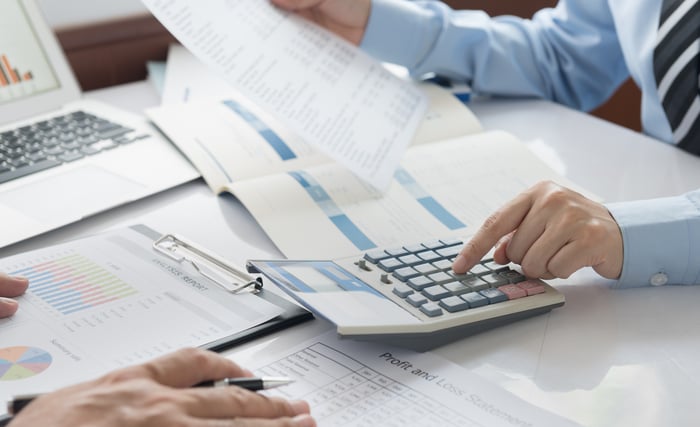 The secret to BlackLine's success has been to follow the land-and-expand strategy: Continue to land new customers, followed by expanding its business with existing customers. Here's how the company has done it.

In BlackLine's second quarter, it added 106 net new customers, bringing its total to 2,813, a 17.1% increase year-over-year. The new customers grew its user base to almost 237,000, a 13% increase over last year's second-quarter total. When talking about winning new corporate customers during the company's conference call, CFO Mark Partin said the key was finding customers who were trying to digitally transform their business processes and practices, including many which were undertaking "large financial transformation projects."

BlackLine not only sells its accounting solutions through its own sales force, but through the sales teams of other tech vendors as well. For instance, late last year BlackLine announced a key partnership with SAP, which allows the SAP sales team to directly sell BlackLine's programs as an add-on to its own company's products. BlackLine enjoys relationships like this because, as CEO Therese Tucker likes to explain, BlackLine is a neutral product, compatible with many other digital platforms:

We are always open to partnering with any of the ERPs that are out there ... Because here's the thing, we serve as Switzerland to our customers. Most larger companies out there have multiple ERPs [enterprise resource planning software]. So having really good connectors, having really good seamless interfacing and movements of data, and having sort of that support in place really helps our customers centralize their close process, centralize their financials in a way that gives them tremendous benefits.

BlackLine's accounting solutions can currently integrate with 30 such systems, meaning it can assist any company no matter which tech platforms it is using. Better yet, according to BlackLine's annual 10-K filing with the SEC, "In addition, for companies with multiple systems and complex needs, we can connect with any number of general ledger systems simultaneously, resolving many of the issues associated with consolidating data across systems ."

The most telling statistic that shows how much BlackLine's customers value its services is that once BlackLine has a customer, it virtually never loses it. In Q2, the company's renewal rate was 97%, a number that ticks up to 98% regarding its largest enterprise customers. Not only does it keep its customers at an insanely high rate, it also scores a net revenue retention rate of 108%, meaning that existing customers from last year spent an additional 8% with it this year.

One of the ways BlackLine manages to expand its relationships with its customers is by having a staff of digital transformation specialists work closely with them, ensuring they are unlocking all the value their solutions bring. For instance, Tucker said one such team helped a $70-billion company "identify over 50 automation and standardization efficiency opportunities" that they had not been taking advantage of.

BlackLine has also introduced a number of strategic products to assist companies with other accounting practices. As these products are launched, more and more existing customers are subscribing to them. Tucker described several such progressions in the conference call, including this one:

One of the world's largest food and beverage manufacturers first became a customer in 2016, when they purchased Account Reconciliations. The following years, they added our remaining core products to their BlackLine instance to streamline their end-to-end financial close process. In Q2, this customer increased their BlackLine footprint with the addition of Transaction Matching. They were inundated with a significant volume of transactions stemming from an increased partnership with a large global e-commerce platform and realized their manual Excel processes were not capable of identifying and managing their order to cash revenue streams.

Not done growing yet

Though its stock price is up more than 136% since going public in late 2016, with a market cap of just over $3 billion, BlackLine still has plenty of room to grow. With an extremely profitable business model, strong top- and bottom-line growth, and a demonstrated ability to win new customers, there is a lot for investors to like about it. BlackLine remains one of my favorite fintech investment ideas and still holds a spot in my personal portfolio.