Even retirees will likely need to own stocks as part of their investments. These three dividend payers are good candidates.

Most retirees need to take money out of their investments to cover their costs of living. That's easy enough to do when the market is rising, but it can be quite scary if you need to liquidate stocks when they're down and you no longer have another source of income to rebuild your savings. To get around that, many retirees look to get their spending money from dividends, which give them cash without the need to sell stocks. Even that can be risky, though, as dividends are not guaranteed payments and can be cut if the going gets tough.

With those risks and potential rewards in mind, we asked three Motley Fool contributors each to share a dividend-paying stock they felt would be worth owning in a retiree's portfolio. They picked Realty Income (O 1.25%), Citigroup (C -0.06%), and Kinder Morgan (KMI 0.05%). Read on to find out why and help inform your own decision as to whether they deserve a spot in your own retirement portfolio. 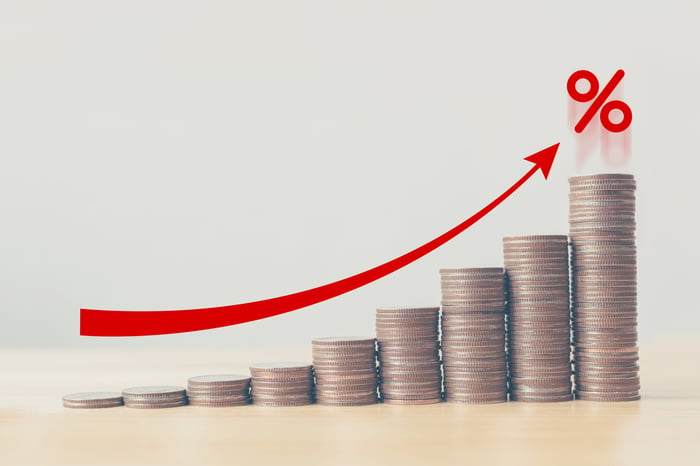 Keith Noonan (Realty Income): Retirees seeking dependable high-yield dividend stocks should have Realty Income on their shortlist. The real estate investment trust (REIT) boasts a 3.8% yield, and it also opts to distribute dividend checks to shareholders monthly -- a characteristic that could make its stock an especially good fit for your nonworking years.

The trust generates its income by leasing out stand-alone commercial buildings, and has over 5,900 different properties under long-term lease agreements across 265 different commercial partners. Its top tenants include companies like Walgreens, 7-Eleven, Dollar General, L.A. Fitness, AMC Entertainment, and Walmart. These businesses might not seem to have a great deal in common at first glance, but Realty Income's retail portfolio and lessee base have been built around finding commercial renters that run businesses with a heavy services component, nondiscretionary offerings, or low-price offerings in their category.

This strategy has insulated the trust from the disruptive effects of e-commerce that have wreaked havoc on many mall-focused REITs and helped make the stock a favorite in the REIT space over the last decade. Realty Income reported a 98.3% occupancy rate with its last earnings report -- a clear sign that the company isn't feeling much of a squeeze from the growth of online retail, and just shy of the company's all-time best.

Realty Income has paid a dividend for 588 consecutive months and boosted its payout for 87 quarters straight. As a REIT, the company is legally required to pass along 90% of its taxable earnings to shareholders in the form of cash dividends. That means retirees can be certain that the company will keep substantial dividend payouts flowing so long as the business isn't hit with a large and unexpected shakeup.

Rich Smith (Citigroup): What do you look for when seeking a dividend stock to hold in your retirement? A big dividend, obviously. Stability, ideally. And, if the opportunity presents itself, how about a discounted share price, and perhaps even a respectable rate of earnings growth?

Citigroup stock has all these in spades.

Paying a dividend yield of 3.1%, Citigroup stock is half again as generous as the average S&P 500 stock, which pays about 2%. As for stability, Citigroup has been vetted by none other than the U.S. Federal Reserve and has passed its "stress tests" several years in a row already.

On top of all that, Citigroup stock is kind of a great bargain right now.

With a price down 10% over the last 52 weeks, Citigroup shares today sell for just 8.1 times trailing earnings, which is less than half the average P/E ratio among S&P 500 stocks. What's more, analysts polled by S&P Global Market Intelligence generally agree that Citigroup is likely to grow its earnings at better than 14% annually over the next five years -- well above the average growth rate for the S&P 500, which is currently projected at below 10%.

What this all works out to is a great value stock with a PEG ratio of just 0.55 (value investors like to find stocks selling for anything under 1.0) but paying a dividend significantly better than what run-of-the-mill stocks, which often cost more, are paying. And that, to my mind, makes Citigroup a perfect dividend stock for retirement.

It improved things so much, in fact, that it was able to begin restoring its dividend. It grew from the $0.125 per share per quarter it had fallen to after the cut to $0.20, and now it's at $0.25. Kinder Morgan even announced that it expects to increase its dividend again next year to around $0.3125 per share per quarter, another 25% above its current level. While it hasn't announced 2021 dividend plans yet, it does have new capacity that it expects to come on line then, which gives me reason to believe some level of increases could continue.

Yet despite the healthier balance sheet and return to dividend growth, Kinder Morgan's shares are still well off their precut highs, recently trading hands for $20.34 a share. That gives today's investors a decent shot at buying an income stream that a year from now should be throwing off more than 6% of their investment every year -- with the potential to grow even more.

With a healthier balance sheet and still-strong cash flows, Kinder Morgan is a much more solid investment today than it was before its dividend cut. With many investors still shying away due to its past issues, its shares are available at a reasonable value given its cash-generating abilities. That combination, plus its role in an industry known for strong cash-generating abilities, makes it a dividend stock worthy of consideration by retirees.

4 Ways to Protect Your Money During a Coronavirus Recession

A Snapshot of the 6 Cheapest Megacap Stocks