Please ensure Javascript is enabled for purposes of website accessibility
Log In Help Join The Motley Fool
Free Article Join Over 1 Million Premium Members And Get More In-Depth Stock Guidance and Research
By Eric Volkman - Aug 14, 2019 at 10:33AM

Not for the first time, America's famous tech behemoths seem to be in regulators' crosshairs; The RealReal, meanwhile, posts its first quarterly figures as a publicly traded company.

The after-market scene was relatively quiet Tuesday. Perhaps investors are taking a breather after today's bullish rally on the back of the latest China trade war developments.

But there are some interesting domestic developments creeping over the newswire tonight regarding a few popular stocks. 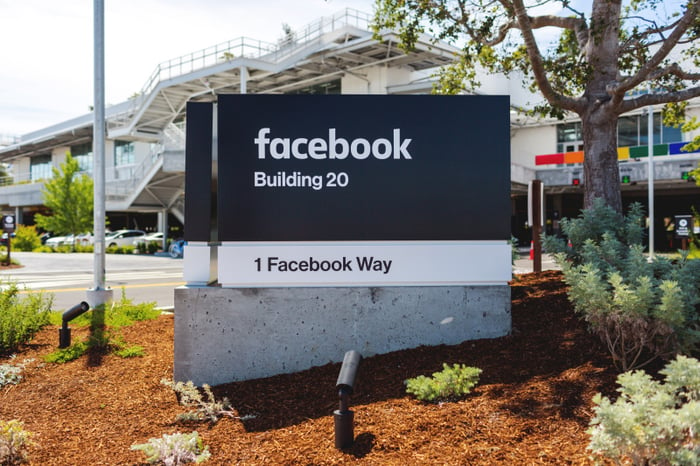 Federal Trade Commission (FTC) Chairman Joe Simons indicated that the regulator might seek to break up some of the most prominent U.S. tech companies. "If you have to, you do it," Simons said in an interview with Bloomberg, excerpts of which were published after hours.

"It's not ideal because it's very messy," he added. "But if you have to you have to."

Simons' comments come several weeks after the FTC and Facebook (FB 1.29%) agreed to a $5 billion settlement over numerous allegations of user privacy violations and related transgressions. Facebook is still under scrutiny; the FTC is conducting a broad investigation into its business practices.

Meanwhile, the Department of Justice (DOJ) last month also said it is conducting a similar review. It did not name the targets of this process, but it's widely speculated to include Facebook, Alphabet (GOOG 1.66%)(GOOGL 1.77%), Amazon.com, and Apple.

If the FTC goes as far as to begin breaking up tech giants, it might do so by rolling back their big acquisitions. In the case of Facebook, that could include top photo-sharing site Instagram.

Although many pundits consider such breakups to be an unlikely measure, there is support for them on both sides of the political aisle.

Presidential candidate Elizabeth Warren, to name one Democrat, has been sharply critical of their building size and prominence through acquisitions. Recently she put forth a breakup plan of her own that specifically calls out Facebook's Instagram and WhatsApp acquisitions, plus other notable tech industry deals such as Alphabet unit Google's buyout of Nest.

The tech industry has significant lobbying power, and no concrete measures toward breakups have yet occurred. Nevertheless, investors in Facebook, Alphabet, and other tech giants should keep an eye on these developments. Shares of both Facebook and Alphabet are essentially trading flat so far tonight.

The RealReal (REAL -0.80%), which had its IPO barely more than one month ago, has reported its first set of quarterly figures as a publicly traded company.

For its Q2 of fiscal 2019, the luxury fashion consignment marketplace operator posted revenue of $71 million, a 51% increase on a year-over-year basis. Gross merchandise volume (GMV) rose by 40% to almost $229 million.

In the press release heralding the results, the company said it was successful in "driving marketing leverage and making progress with key strategic initiatives."

Both headline fundamentals bettered the average analyst estimates, which forecast $70.1 million in revenue and a per-share adjusted net loss of $0.33.

The company proffered some sales and profitability guidance for both its current Q3 and the entirety of fiscal 2019. For the year, it anticipates that GMV will land between $974 million and $988 million. Its EBITDA margin should be in negative territory, at a range of 24% to 25%.

There's nothing like a better-than-expected quarter from a company that's still fresh on the market. Investors are obviously encouraged by The RealReal's Q2, as they're bidding up the stock by nearly 13% in after-hours trading.