Tiny Rocket Lab takes aim at Elon Musk's company with a plan to recover and reuse its own rockets.

How does the saying go? Turnabout is fair play?

Inspired by the success of small rocket companies like Rocket Lab, and of launch capacity resellers like Spaceflight Industries, last week SpaceX made a play to capture the market for launching small satellites into orbit.

In a surprise announcement, Elon Musk's pioneering space company announced that as early as next year, it will begin regularly scheduled Falcon 9 rocket launches into low Earth orbit. Each payload will be made up entirely of small satellites (or "smallsats"), bundled together within the rocket's nose cone and then dispatched to their individually desired orbits once in space.

In announcing this plan, SpaceX took direct aim at rising rivals like Rocket Lab -- and erstwhile partners like Spaceflight Industries. It essentially declared its intention to pull the market for smallsat launches right out from under them, and keep all the space money for itself!

Not so fast, said Rocket Lab. 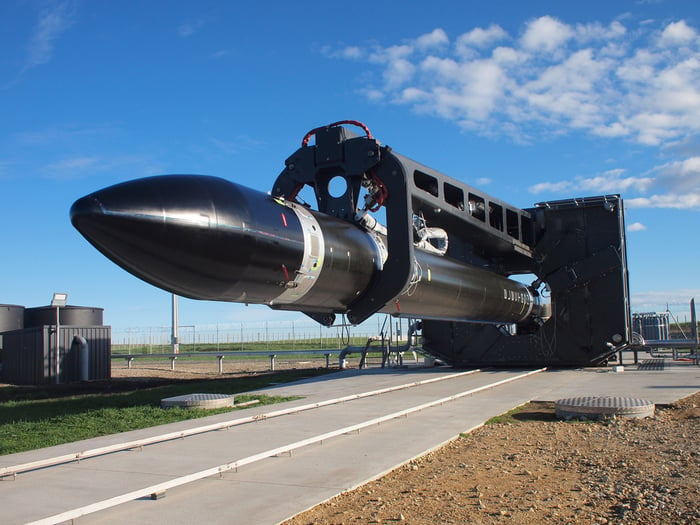 How much money are we talking about?

SpaceX is advertising that its Smallsat Rideshare Program will cost as little as $2.5 million for each small satellite launched -- a bargain considering that the company's advertised price for an ordinary Falcon 9 launch is still $62 million. That alone suggests how very popular SpaceX's proposal might sound to satellite customers.

And consider this: If you take the 22,800-kilogram capacity of an ordinary Falcon 9 rocket, and divide it by the 150 kilograms of a single satellite qualifying for SpaceX's lowest price on the rideshare program, SpaceX could theoretically fit as many as 152 such smallsats into a single rideshare mission (nose cone volume permitting).

At $2.5 million apiece, those 152 satellites work out to potential revenue of $380 million per rideshare mission, a windfall for SpaceX -- which should tell you why it thinks this is a very good deal for it.

It will be even better if SpaceX uses cheaper reusable rockets, as I think is likely. Lately, certain launches aboard reused rockets have been selling for as little as $50 million.

But as I said, SpaceX has competitors in this market, and one of them -- Rocket Lab -- sounds like it's not willing to give up without a fight.

Last week, just days after SpaceX announced its intention to horn in on Rocket Lab's market, the latter fired back. Up until now, Rocket Lab has been using traditional expendable rockets, which burn up after delivering  payloads.

But according to Rocket Lab, demand for its launch services is robust -- heading toward orders coming in as much as four times faster than the company can build rockets. So it may be forced to invent a reusable rocket of its own, just to keep up with demand.

As the company explains it, its plan (which has been in development for almost a year now) will differ from SpaceX's system of launch vehicles returning to landing pads under power by firing retro-rockets. Instead of that sci-fi scenario, Rocket Lab will attempt to recover the booster stage of its Electron rocket by having it parachute back toward Earth, snagging the parachute with a helicopter, and carrying it back to home base. This would be similar to the government's 1960s era Corona program for recovering film returned to Earth from spy satellites -- or United Launch Alliance's mooted START program for recovering and reusing the engines on its new family of Vulcan rockets.

In an interview with website Ars Technica discussing Rocket Lab's plan, CEO Peter Beck expressed the hope that by recovering and reusing rocket boosters this way, simply getting to reuse an Electron one time would effectively double production. And if it turns out the company's rockets can be reused more than once, that would be "really fantastic," Beck said, essentially solving the company's production bottleneck.

The truly fantastic thing would be if reusing Electrons permits Rocket Lab to cut its small-satellite launch costs in half (or better), undercutting SpaceX's prices and staving off competition from Elon Musk's company. That could not only save the business, it could also push Rocket Lab a little bit closer to the point at which it might have an IPO.