Please ensure Javascript is enabled for purposes of website accessibility
Log In Help Join The Motley Fool
Free Article Join Over 1 Million Premium Members And Get More In-Depth Stock Guidance and Research
By Maxx Chatsko, Demitri Kalogeropoulos, and Brian Feroldi – Aug 17, 2019 at 7:11AM

Inject a little (or a lot) of growth into your portfolio with these three companies.

Most stocks will never beat the long-term returns of the S&P 500. In fact, just 4% of all publicly traded companies have accounted for the net gain of the entire stock market since 1926, according to an analysis from Hendrik Bessembinder at Arizona State University. All the others have underperformed or, more likely, ceased to exist.

That simple observation led to the creation of indexing, or building mutual funds and exchange-traded funds (ETFs) that mimic the composition of the S&P 500, which can be a powerful component of any wealth-building strategy. It can also be a little boring. That's why we recently asked three Fool.com contributors for their top high-growth stock for investors looking to add a little excitement to their portfolios. Here's why they chose Enphase Energy (ENPH -4.95%), HealthEquity (HQY -2.18%), and iRobot (IRBT -0.92%). 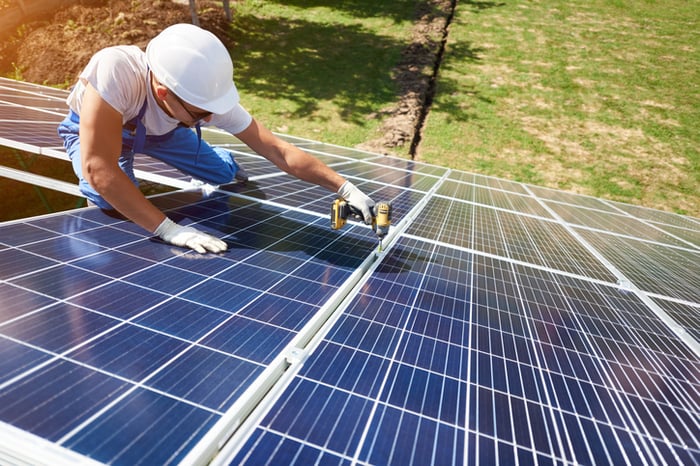 Powering the rise of solar energy

Maxx Chatsko (Enphase Energy): Sure, shares of Enphase Energy have soared 580% since the beginning of the year, but first-half 2019 operating results suggest there's plenty of room to run.

That will give Enphase Energy plenty of flexibility to navigate some upcoming hurdles and opportunities. For instance, solar panels provide approximately 3% of total electricity in the United States right now, which is sure to grow considerably in the coming years. Predicting the pace of that growth -- or the potential for a slowdown during the next economic cooling -- is increasingly difficult given recent state mandates, the trade war between the United States and China, and the growing bipartisan pressure to take action on climate change at the federal level.

There's also the upcoming launch of Enphase Energy's reinvigorated energy storage platform and the company's ability to continue upgrading its portfolio with the latest technology. While 98% of all shipments in the second quarter of 2019 comprised the latest-generation IQ 7 technology, the next-generation IQ 8 microinverter -- which harbors 31% more computing power than the current technology -- is already on the horizon.

Simply put, with the business threatening to grow revenue to $500 million in 2019 and to $1 billion per year in the near future, Enphase Energy is a high-growth stock to investigate more seriously. Some investors may find it more appealing to wait for a pullback in the share price before pulling the trigger, but with a long enough time horizon, even the current price could be justified. 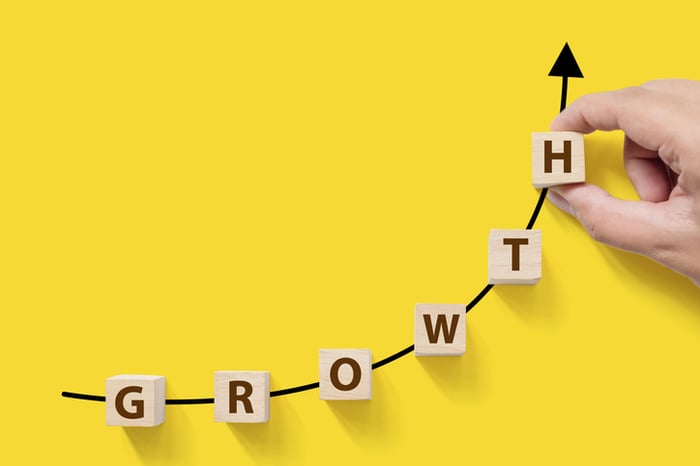 Brian Feroldi (HealthEquity): Medical costs in America have grown at a much faster rate than inflation for decades. That has caused millions of employers and employees to look for ways to cut their healthcare costs. One way that they can do so is to sign up for a health savings account (HSA), which is a triple-tax-advantaged plan. These accounts have become a no-brainer for eligible employees, which plays right into HealthEquity's hands.

HealthEquity has been taking share in the HSA market for years. It does so by offering employers a high-touch model that encourages employees to save more in the HSA, comparison shop, and invest their idle capital. This makes it easier for consumers to deal with unexpected healthcare costs when they eventually pop up.

The market for HSAs is already big -- 25 million Americans have $54 billion in assets -- but these numbers should continue to grow as more people look for ways to save on their rising healthcare costs. Since HealthEquity monetizes its customers in numerous ways, its revenue and profits look poised to continue growing at a double-digit rate for years to come.

But there's more. HealthEquity recently expanded its addressable market opportunity with the buyout of WageWorks (WAGE). The deal will allow the combined company to become a force in the markets for HSAs, flexible spending accounts (FSAs), health reimbursement arrangements (HRAs), COBRA benefits, commuter accounts, and more. While big acquisitions always add risk, I'm comforted by the fact that WageWorks was co-founded by Jon Kessler, who just so happens to be the current CEO of HealthEquity. There's also ample opportunity for HealthEquity to cross-sell products to WageWorks' existing customers, which is a low-risk growth strategy.

All told, HealthEquity looks like it is still in the very early innings of its growth phase. While shares aren't particularly cheap -- the stock is trading for more than 13 times sales and 44 times earnings -- I think that the opportunity ahead could be so big that the premium is worth paying. 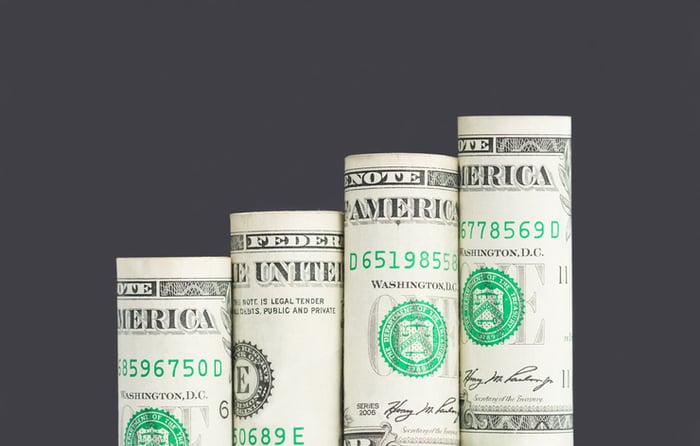 iRobot aims for a rebound

Demitri Kalogeropoulos (iRobot): There's no question that the trade skirmishes between the U.S. and China have hurt iRobot's short-term growth prospects. The robotic cleaning device specialist has seen its sales gains stall while it struggles to pass along increased costs to its customers. Worse yet, major retailing partners are holding off on holiday-season ordering while they wait for clarity about tariff rates. That shift is raising the risk of a tough fourth-quarter outing for the company.

As painful as those trends are, iRobot sees them as just temporary speed bumps that will likely be forgotten as the industry matures into a much larger footprint in the decade to come. CEO Colin Angle and his team cited strong demand for the latest lineup of Roomba vacuum models as support for their claim that there's a long runway ahead for the market leader notwithstanding major trade disruptions this year.

Investors who agree with that optimistic vision might consider buying shares now that they've fallen by around 50% from highs set earlier in the year. Sure, selling conditions have worsened since then. But so far, there's no reason to think iRobot can't recapture its robust growth pace once trade issues settle down.