Going into March, the stock market isn't quite as friendly as it's been over the past year. Volatility is back, with major swings up and down no longer scarce. But none of that matters for long-term investors. Over many years, day-to-day fluctuations are meaningless. What truly matters is the quality and performance of the companies you're investing in.

What are the best stocks to buy this month? Five of our Foolish contributors have some ideas. Here's why you should considering buying shares of iRobot (NASDAQ:IRBT), Hanesbrands (NYSE:HBI), Vail Resorts (NYSE:MTN), ExxonMobil (NYSE:XOM), and Palo Alto Networks (NYSE:PANW) in March. 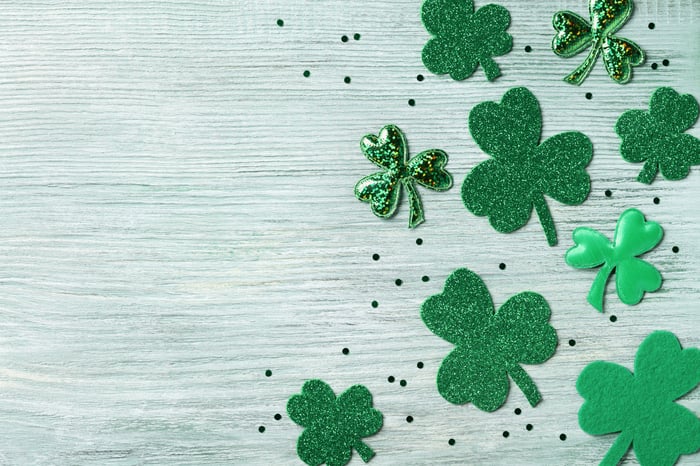 Let the robots clean up this mess

Steve Symington (iRobot): It seems an understatement to say that February was a terrible month for iRobot. Shares of the home robotics specialist plummeted over 30% in a single day after it announced stellar fourth-quarter results, but issued forward earnings guidance that left the market underwhelmed.

As I pointed out at the time, however, iRobot chairman and CEO Colin Angle elaborated that their bottom-line shortfall was a conscious decision, stating "With the market accelerating in its growth and competitive pressure coming into the markets, we made a choice to double down on ensuring we had adequate dry powder to drive that top-line growth."

Angle added that global household penetration for robotic vacuum cleaners is still "extremely low, in the single digits," leaving iRobot at a critical juncture where -- by his estimation -- in the next three years or so, "the true winners in the consumer robot industry are going to be determined for the next decade."

And iRobot is willing to put its money where its mouth is. Just last week, the company announced a new $50 million stock repurchase program that goes into effect at the end of this month.

In short, investors weren't happy that iRobot is sacrificing its near-term profits to foster the long-term health of the business. But if, like iRobot, you're willing to bet that this was the right move regardless of the short-term consequences, I think iRobot's recent decline offers a perfect opportunity to jump in.

Value in an expensive market

Tim Green (Hanesbrands): It was a rough February for the stock market, but even so, the major stock indexes are still trading at historically elevated levels. The S&P 500 goes for about 25 times trailing-twelve-month earnings, for example. That's expensive, and it makes finding good companies trading at reasonable prices difficult.

But there are still some options for investors unwilling to pay hefty premiums for stocks. Shares of Hanesbrands, a manufacturer of basic apparel, is a good example. The stock has been beaten down over the past few years. The upheaval in the retail industry as consumers shift online is one reason, and it poses a real threat to the company, which depends on big-box stores for much of its sales. But Hanesbrands is managing through it, posting its second consecutive quarter of organic growth to finish out 2017. And its own online business is expanding at a double-digit pace.

Hanesbrands expects sales to grow by about 5% in 2018, with organic sales growth of 1% adjusted for currency. Adjusted earnings per share is expected between $1.72 and $1.80, putting the forward price-to-earnings ratio at just 11 at the midpoint of that range. There's little optimism baked into the stock price. Add in a 3.1% dividend yield, and you have a value dividend stock that's worth a look in March.

Hit the slopes with this stock

Dan Caplinger (Vail Resorts): Skiing and snowboarding are favorite pastimes during the winter for millions of people around the world, and fans of snow sports happily pay huge amounts of money on lift tickets, lodging, dining, and other accessories when they go on vacation. Vail Resorts has sought to encourage more people to take to the slopes, and its impressive lineup of resort locations has built a network effect that makes it a good value for its customers. In the U.S., the company has four locations in Colorado, two in the Lake Tahoe area, and Park City in Utah, along with three smaller mountains in the upper Midwest and the Stowe Mountain Resort in Vermont. Whistler Blackcomb in British Columbia and Perisher in Australia add an international flair to the operation. By offering season passes that are good at all of its properties, Vail Resorts offers an experience that no other company can match.

Now's a good time to look at Vail Resorts because it's about to announce its latest earnings results on March 8, and they're likely to be a bit disappointing. Poor weather conditions in the key Western region early in the winter will likely lead to subpar growth, leading some shareholders to lose confidence in the stock. Yet the long-term prospects for Vail Resorts remain strong as it continues to expand. You can roll the dice and hope for a poor earnings report to give you a bargain opportunity or just purchase shares before the report, but the Vail Resorts story looks like it has plenty of legs for the future.

Reports of ExxonMobil's death have been greatly exaggerated

Tyler Crowe (ExxonMobil): 2018 has not been kind to shares of ExxonMobil. Shares are down 10% so far this year and are in the same place they were back in 2007. What is perhaps the most staggering valuation statistic about Exxon's stock is that the company currently trades at a price to tangible book value of 1.69 times.

The last time ExxonMobil traded at this low of a price to tangible book ratio? 1989.

There seem to be two narratives around Exxon's stock that has investors nervous. The first is that the company isn't generating the levels of profitability we have come to expect from Exxon. Management has put a lot of the company's future into the development of its shale assets in the Permian Basin. So far, though, those assets have not yet reached Exxon level rates or returns, and there are concerns that they might not ever get there. The other concern is the emerging threat of alternative fuel vehicles and the eventual decline of oil demand globally.

While I don't want to dismiss these concerns wholesale, they don't appear to be the existential threat that Exxon's current valuation suggests. While shale has been off to a slower start, the company has a gem of a development project off the coast of Guyana that could supply the company with cheap, abundant oil for a while, and the threats of waning oil demand seem a bit early considering the growth of oil and gas demand in the emerging market.

ExxonMobil continues to be one of the top-shelf companies in the oil and gas industry, but Wall Street has assigned a valuation that makes Exxon like some of its more pedestrian peers. History suggests this company will come out on top in the long run, though, and it could be an attractive time to buy.

A rare bargain in the tech space

Late last month, I bit the bullet and publicly recommended Palo Alto Networks on Motley Fool CAPS. While others may worry about the stock's lack of "GAAP" profitability, I focused instead on the company's attractive levels of free cash flow production and strong growth prospects. Palo Alto stock had also just received an upgrade from Susquehanna Securities. The analyst's "channel checks" and "feedback" from security customers suggested Palo Alto was gaining sales momentum.

Then, a few days later came the confirmation -- sales had popped 28% in Q2 2018, and Palo Alto's guidance forecast similar sales growth in Q3 and throughout the rest of this year.

With that confirmation in hand, I look at Palo Alto today as a stock generating $813 million in annual free cash flow and growing at an expected 26% annual rate, implying a rough valuation in excess of $21 billion. With Palo Alto stock still selling for a market cap under $16 billion and carrying less debt than it has cash on hand, I think now's a fine time to buy.