Please ensure Javascript is enabled for purposes of website accessibility
Log In Help Join The Motley Fool
Free Article Join Over 1 Million Premium Members And Get More In-Depth Stock Guidance and Research
By Danny Vena – Aug 17, 2019 at 11:31AM

Much has been made about the loss of two of its most popular shows, but over time, losses such as these will become less important.

Netflix (NFLX 1.53%) set fire to the blogosphere with back-to-back announcements -- less than a month apart -- that the company was losing two of the most popular programs on its streaming platform. First, news broke in late June that the Comcast (CMCSA 4.43%) unit NBCUniversal outbid Netflix to reclaim the rights to The Office for its upcoming streaming service, though its 201 episodes won't be leaving the platform until January 2021.

The second part of the one-two punch came in early July with the revelation that AT&T's (T 3.65%) WarnerMedia would be taking back all 236 episodes of Friends for its upcoming streaming offering, HBO Max.

These programs are widely believed to be two of the most-streamed programs ever on Netflix, and with their departure, investors are justifiably concerned, but there's an important point that many are missing. 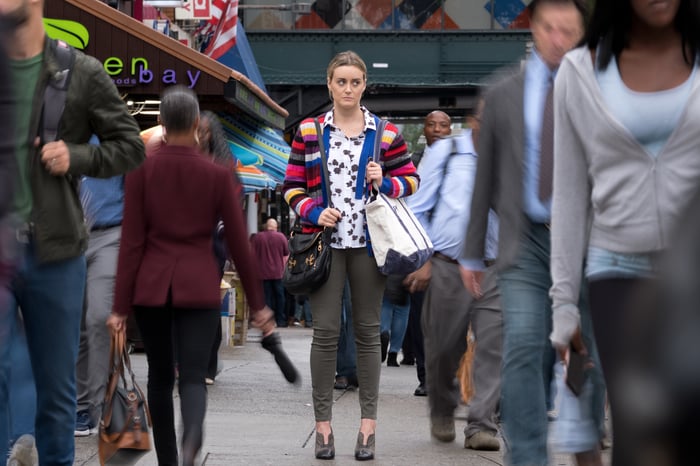 Taylor Schilling in a scene from the Netflix original series Orange is the New Black. Image source: Netflix.

So what's the allure of these longtime favorites? As my colleague Jeremy Bowman so eloquently put it, "They're comforting. Like an old teddy bear, they've always been there for viewers. Fans know these characters." I get it. There are certain programs that we turn to in our house as background noise or to fall asleep to. Most are programs that have been around a long time and that we've seen over and over again.

It's important to remember, however, that Netflix only began producing its own streaming content about 6 years ago. To put that into perspective, Friends ran for 10 seasons, while The Office ran for nine. Netflix hasn't been generating content long enough yet to breed the type of comfort and familiarity that these other shows generate.

But Netflix has a plan to get to some of those longer-running shows -- by tapping some of the best creators in the business.

A growing number of creative minds have signed on to create new programming for the Netflix.

GLOW is one of the more popular shows on Netflix. Image source: Netflix.

Mind you, these are the most high-profile deals -- there are many, many more.

Some of Netflix's earliest shows, including Orange Is the New Black and House of Cards, were fixtures on the streaming platform for years and among the most binged shows. As Netflix continues to crank out original programming -- particularly from its growing roster of high-profile talent -- some of those shows will ultimately run for years and will become the Friends and The Office of the streaming era.

Netflix has been charting the course of its in-house programming only since 2013. It isn't reasonable to compare the longevity of its programming to two of the longest-running sitcoms in U.S. television history.

If we check back in another decade, I imagine there will be some Netflix programs on that list.